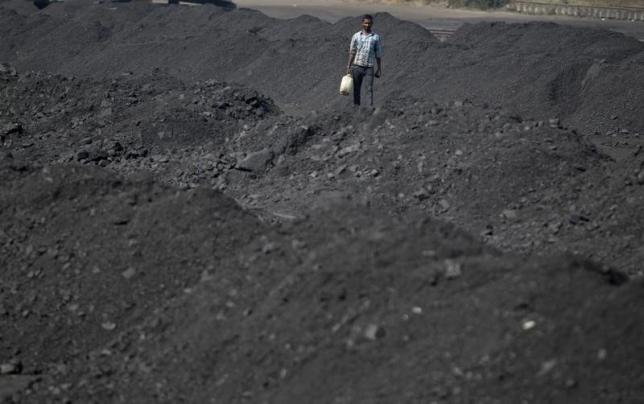 China’s import volumes of iron ore and coking coal are looking increasingly disconnected despite the price of both steel-making ingredients tumbling.

Iron ore imports gained 2.4 percent to 227 million tonnes in the first quarter over the same period a year earlier, while coking coal purchases dropped 15.7 percent to 10.9 million tonnes, according to Chinese customs data.

The modest gain in iron ore imports comes against a backdrop of declining steel output, with a drop of 1.2 percent in the March quarter.

Iron ore imports have been able to rise even as steel production slows because of a drop in domestic iron ore output, which is down 13.4 percent in the first quarter, according to official statistics.

The actual drop in Chinese iron ore output is likely larger that the official numbers suggest, given the data doesn’t capture output from many smaller, privately-owned mines.

Chinese iron ore miners are struggling to compete with imports in the wake of collapse in the spot Asian price from above $190 a tonne in February 2011 to a record low of $46.70 on April 2.

The recent recovery in prices to $58.70 a tonne on Monday will provide little relief for Chinese miners, as this price is still well below levels needed to assure profitability.

The question is why isn’t the same dynamic at work in coking coal. After all, it too has undergone a dramatic plunge in prices, which has rendered much of China’s domestic output loss-making.

Coking coal free-on-board in Australia slipped to an 11-year low of $84.50 a tonne on Monday, according to a Morgan Stanley research note published Tuesday.

This is down from the $109.50 a tonne free-on-board contract price for second-quarter deliveries between major producer BHP Billiton and buyer Nippon Steel, settled earlier this month.

It also means that coking coal’s plunge since its record high of around $330 a tonne in early 2011 has been worse than what iron ore has experienced.

But Australian producers have been unable to make inroads into China, despite the price weakness.

China’s imports from Australia declined 18.2 percent to 5.34 million tonnes in the first quarter from the same period a year earlier.

Part of the reason for this is the rise of Mongolia as a supplier, with imports from the northern neighbor jumping 55.1 percent to 3.14 million tonnes.

With improved transport it makes financial sense for steel mills to buy more Mongolian fuel, but even so there is likely to be a limit as to how much more coking coal Mongolia can actually supply.

But given that total coking coal imports dropped in the first quarter, the answer is clearly more than switching from Australia to Mongolia.

Two domestic factors are at work. Firstly, while local production of coking coal is largely steady, improved infrastructure, particularly rail, has meant increased supply to the industrialized south and east of China.

Secondly, improvements in blast furnace technology and the closure of older, less efficient units have resulted in a lowering in the amount of coking coal needed to produce each tonne of steel.

The bad news for Australian coking coal producers is that it appears likely that China will need less imported coking coal this year, meaning the trend of declining imports seen in the first quarter is likely to continue.

The improved supply and transportation means net coking coal imports are likely to drop 15 percent to 52.36 million tonnes this year, Chang said in an April 1 publication.

The likelihood of lower coking coal imports places Australian producers in the unenviable position of being even worse off than their iron ore counterparts, who at least can look forward to higher volumes even if prices remain depressed.