﻿ www.unuudur.com » The ‘resource curse’ is worse in a falling market

The ‘resource curse’ is worse in a falling market 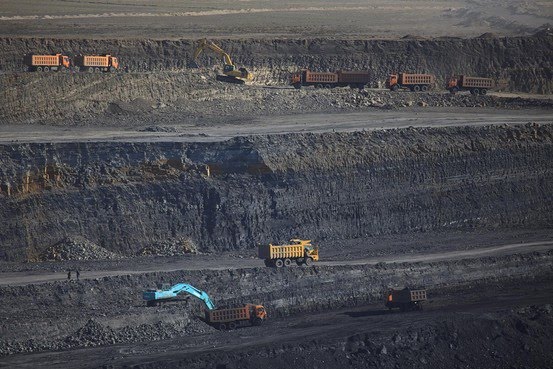 If developing countries thought the so-called resource curse was bad when oil and mineral prices were high, they need to prepare for things to get worse now the market has collapsed.

That is the finding of a report from Chatham House, which says countries such as Mozambique, Mongolia and Guinea need to quickly adapt to lower revenue expectations from the projects they hoped would spur their economic development.

Professor Paul Stevens, an oil expert and fellow at Chatham House, argues that the IMF, World Bank, and companies pushed developing countries too hard on the idea that their resources could be properly managed.

Prof Stevens says those groups were wrong to say better governance would be enough to help countries escape the well-known paradox that nations with a bounty of natural resources often end up with more sluggish economies than those without. A price boom over the last decade led to a wave of investment in poor countries in a new generation of mega-projects.

“The extractive-led development agenda was putting forward the view that now was the time to really go for producing as rapidly as possible to take advantage of higher prices,” he says. “If higher prices are no longer there that’s a basic undermining of the argument.”

Commodities fell to their lowest levels since the financial crisis this week, dragged down by copper and oil, as a slew of new projects start producing just as China’s growth slows. Few analysts see any signs of a strong rebound any time soon, especially in demand.

That is leading companies to put projects on hold, cut costs and lay off jobs, and currencies in producing countries to fall. That’s likely to benefit traditional producing countries as investors are reluctant to accept the risks of developing mega-projects in countries with little infrastructure.

Canada’s First Quantum Minerals said this week it would lay off about 1,480 workers at one of its Zambian copper projects after a reduction in local power supply. Production of copper and gold in Democratic Republic of Congo has also risen sharply in the second quarter just as prices of both metals have fallen to six-year lows.

The body of advice on better resource management does not mean countries should be encouraged to rely on them for growth, the report says.

“The experience of following even the best laid plans for improving governance has been mixed,” Prof Stevens, a former professor at the University of Dundee, writes along with his two co-authors. “The recent slump in commodities prices and the downturn in investment will only increase those challenges significantly.”

An example of the problems resources bring is the recent news that the UK Serious Fraud Office is examining payments made by Soma Oil & Gas, a UK-based oil explorer, to the government of war-ravaged Somalia, he says.

The Extractive Industries Transparency Initiative, originally set up by Tony Blair, is one of the mechanisms through which western governments have been attempting to tackle the corruption that has historically surrounded the resources industry. However, the paper says that transparency does not always lead to more accountability or better use of the revenues.

“For some countries the stuff is probably best left in the ground,” Prof Stevens says.