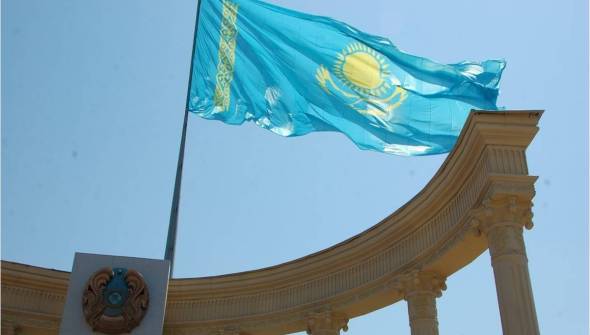 Kazakhstan relinquished control of its exchange rate in the latest sign emerging nations will stop defending their currencies after China roiled global markets by devaluing the yuan.

The central Asian nation, which counts Russia and China as its top trading partners, said it was switching to a free float, triggering a 23 percent slide in the tenge to a record 257.21 per dollar. Following the shock yuan devaluation last week, a gauge of 20 developing-nation exchange rates capped its longest slump since 2000, and losses continued this week as Vietnam devalued the dong and currencies from Russia to Turkey fell at least 3 percent.

“The appearance of China weakening its exchange rate to boost growth has added urgency for policymakers elsewhere to do what they can to grab more export revenue,” Koon Chow, a strategist at Union Bancaire Privee in London, said by e-mail. “It was probably no small thing that Russia and China are also big trading partners of Kazakhstan.”

Kazakhstan is central Asia’s biggest crude exporter and the country’s raw material producers have suffered since Russia stopped managing the ruble last November. In addition to the 55 percent slide in oil in the past year, the yuan move elevated pressure on the nation’s peg by forcing countries that rely on Russia and China for trade to seek ways to stay competitive.

Reconsidering fixed exchange rates is becoming more urgent also as the Federal Reserve moves closer to raising interest rates for the first time since 2006, which has throttled demand for emerging-market assets.

Kazakhstan will pursue an inflation-targeting monetary policy, Prime Minister Karim Massimov told a government meeting in Astana. The central bank isn’t targeting a particular level for the currency, central bank Governor Kairat Kelimbetov said, adding that there will only be intervention if stability is threatened.

The ruble has slumped 46 percent in the past 12 months, versus a 7.6 percent weakening for the tenge before today’s switch. Kazakh business association Atameken and the chief executive officer of ArcelorMittal’s local unit were among business leaders complaining that the price differential had diminished the competitiveness of locally made products from steel to grains and coal.

The “move follows a huge loss of competitiveness, as key trade partner Russia has allowed the ruble to depreciate significantly as commodity prices slumped,” Tom Levinson, the chief foreign-exchange and rates strategist at Sberbank CIB in Moscow, said by e-mail. The yuan’s depreciation “may be an additional factor,” he said.

The tenge may have further to fall since it still hasn’t caught up with the ruble, according to Citigroup Inc. BMI Research on Wednesday cited Tajikistan and Kyrgyzstan as most vulnerable to a weakening of the Kazakh currency after the country let the tenge drop 4.5 percent.

The currency could drop to 267 tenge per dollar, Citi economist Ivan Tchakarov said in a note. Sberbank’s Levinson saw a retreat to 275.

Kazakhstan, the world’s 18th largest producer of petroleum and other liquids, must adjust to living with a crude price of $30 to $40 per barrel, president Nursultan Nazarbayev said at meeting with state officials on Wednesday. Brent oil has plunged 59 percent from its 2014 high and is now trading at $46.91 per barrel in London.

“Kazakhstan like a number of other emerging countries, are trying to remain competitive at a time when the dollar is strengthening,” said Gary Dugan, chief investment officer for private banking at National Bank of Abu Dhabi PJSC.