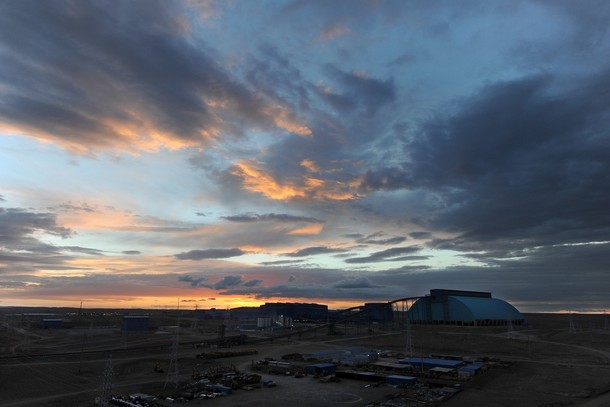 Shares of Turquoise Hill Resources (NYSE:TRQ) have been given a consensus recommendation of “Hold” by the seven analysts that are covering the company, MarketBeat.com reports. Two research analysts have rated the stock with a sell rating, two have issued a hold rating and two have issued a buy rating on the company. The average 12-month target price among brokers that have issued ratings on the stock in the last year is $7.30.

Turquoise Hill Resources (NYSE:TRQ) last released its earnings results on Wednesday, August 5th. The company reported $0.02 earnings per share (EPS) for the quarter, missing the Thomson Reuters consensus estimate of $0.04 by $0.02. The business earned $421.30 million during the quarter, compared to the consensus estimate of $412.72 million. The business’s revenue was down 8.3% on a year-over-year basis. On average, analysts anticipate that Turquoise Hill Resources will post $0.14 EPS for the current fiscal year.

Turquoise Hill Resources Ltd. (NYSE:TRQ) is an international mining company focused on mining operations in Mongolia. The Company’s principal and only material mineral resource property is the Oyu Tolgoi copper-gold mine in southern Mongolia. The Oyu Tolgoi Mine is approximately 550 kilometers south of Ulaanbaatar, Mongolia’s capital city, and 80 kilometers north of the Mongolia-China border. The minerals on the property consist of porphyry-style copper, gold, silver and molybdenum contained in a linear structural trend (the Oyu Tolgoi Trend) that extends over 26 kilometers. Mineral resources include, from south to north, the Heruga Deposit, the Southern Oyu deposits (Southwest Oyu, South Oyu, Wedge and Central Oyu) and the Hugo Dummett deposits (Hugo South, Hugo North and Hugo North Extension).