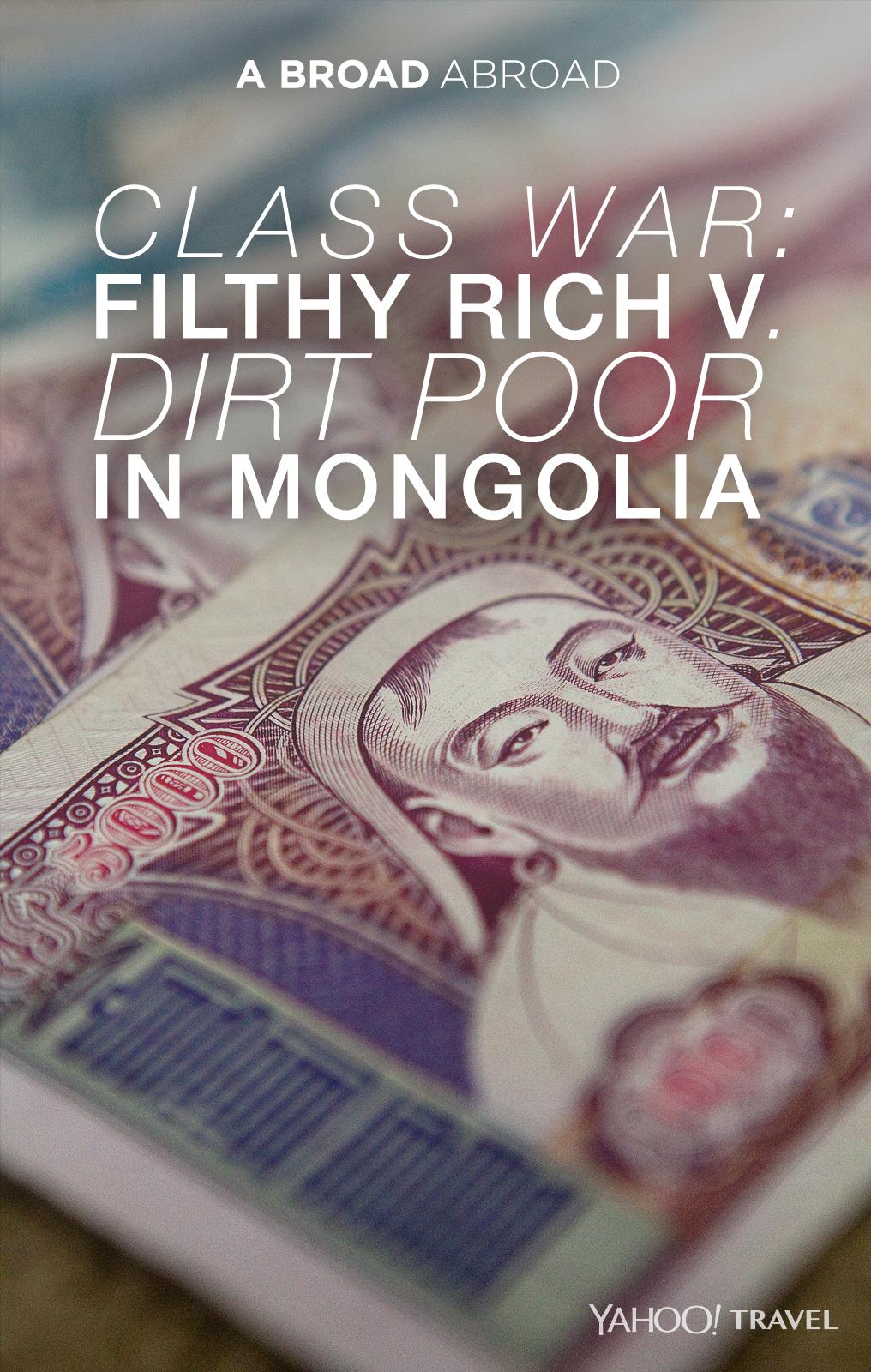 Last year, Mongolia topped many people’s bucket lists, and slowly but surely tourists have been streaming into the land of Genghis Khan — but upon arrival in the capital, Ulaanbaatar, many are shocked. In a city of 1.3 million, over 60 percent live in utter poverty in the ger (tent) districts, some of which are nestled right next to gleaming new high rises that house newly minted millionaires and billionaires.

While sights like these are expected in places like India or China, Mongolia was, until 2009, 80 percent nomadic by some accounts. Ulaanbaatar, a former Buddhist monastic center, was a small capital full of Soviet-style buildings and industrial buildings.

But in 2009 a mining boom hit the country — and a visible nouveau riche was created. Today, the average salary of Mongolians, according to Global Finance is just over $6,000, which ironically, is less than the cost of a Louis Vuitton bag sold in the brand-new high-end mall just off the main square in Ulaanbaatar.

The few rich got wealthy so fast that several years ago they were buying sports cars and luxury SUVs — before there were even roads to drive them on.

But most people — like the ones living in the ger district — are still waiting for housing.

“They are nomads and they love their gers,” said Timur Yadamsuren from Intrepid Travel. “It’s not that they want to give up their lifestyle, but they move to the city for work, education, and government services like healthcare. In the city living in a ger is different. There’s no running water, no electricity, and no space. The government is building housing for them, but it will take years.”