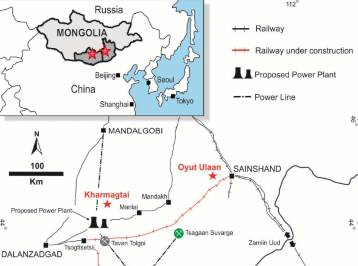 Major investors in Xanadu Mines (ASX:XAM) have committed to extend their support for the company’s Kharmagtai copper project in Mongolia by participating in an expansion of a recent fundraising drive.

Noble Group and major shareholder Asia Capital Advisors (ACA) will increase their investment in Xanadu as part of an expansion of a share placement from A$8 million to $8.3 million.

Noble is expected to subscribe for about 1.8 million additional Xanadu shares at a price of $0.125

ACA has also committed to participate and will remain a 27.2% shareholder in the company.

Xanadu shares last closed at $0.125, which represents about a 56% increase for the stock over the past two months.

The funds raised from the placement will be used to reduce the Kharmagtai deferred acquisition consideration and advance Xanadu’s winter exploration program at the project.

In conjunction with the placement, Xanadu is pursuing $2 million of additional funding via a share purchase plan at the same offer price.

The plan opens today and will remain open until December 4.

This latest funding drive follows more than $15 million in capital raisings since the company’s 2014 annual general meeting and builds on a cash position of $2.5 million as of the end of September.

A comprehensive work program, comprising about 15,000 metres of diamond and reverse circulation drilling is currently being finalised to expand the limits and grade of the current deposits not included in the current resource inventory.

Earlier this year, Xanadu defined a maiden resource at Kharmagtai of 203 million tonnes at 0.34 per cent copper and 0.33 grams per tonne gold for a contained metal content of 1,500 million pounds copper and 2.2 million ounces of gold.

Importantly, the surface mineralisation intersected in the Tsagaan Sudal trenching was consistent with or better than this resource estimate, providing further confidence in the geological interpretation, mineralisation controls and resource model.

Based on visual observations, the stockwork mineralisation in all trenches contain visible chalcopyrite and only weak oxidation of the copper sulphides, as has been observed in previous trenching and drilling at Kharmagtai.

The South Gobi Province is the fourth most endowed copper province globally.

It is a highly mineralised and vastly underexplored mineral belts known to host large deposits.

Adding further to the area is proximity to infrastructure and the North Asia market.

This was demonstrated earlier this year with a breakthrough in Rio Tinto-government negotiations over the massive Oyu Tolgoi copper-gold project and a parliament decision to adopt a rail gauge compatible with China.

Announcement of project finance for Oyu Togloi is expected to bring confidence back to investors in Mongolia.

Icy Mongolia-Chinese relations have improved after Xi Jinping became the first Chinese president to visit the country in 11 years.

Increased support from key investors Noble and ACA represents an important endorsement of Kharmagtai, which is set to expand an already impressive inventory.

The increased size of the funding drive will further reinforce plans to reduce the Kharmagtai deferred acquisition consideration and drill deposits which could add significantly to project resources.

ACA and Noble Resources International have combined to invest more than A$15 million in Xanadu since the company’s annual general meeting last year.

This support has coincided with improved confidence at Kharmagtai, where tourmaline breccia mineralisation is increasingly indicating similarities to some of the world’s largest, most endowed porphyry copper deposits.

Potential catalysts for further increases in the company’s valuation are evident in the upcoming drilling program as well as the finalisation of a new geological framework and follow-up of detailed magnetic studies.