﻿ www.unuudur.com » ISIS Has a New Weapon: A Smartphone App

ISIS Has a New Weapon: A Smartphone App 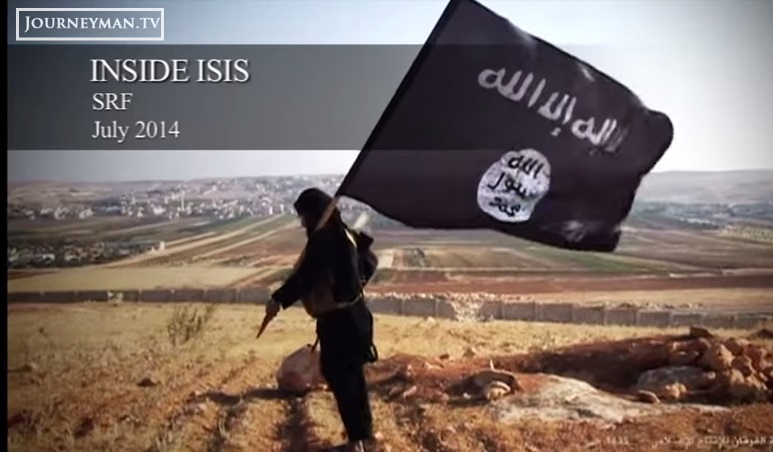 The hacking collective Ghost Security Group discovered this month that ISIS has been distributing an application that provides propaganda-laced news and videos. The Android-based app is essentially a news portal, run by the Amaq News Agency, a group believed to be tied to ISIS. According to a tweet this week from Michael S. Smith, principal at Kronos Advisory, a defense contractor that works as an intermediary between Ghost Security Group and the U.S. government, the app features news and videos showing executions and battlefield victories. He says it’s designed to “streamline access” to the militant group’s “propaganda.”

Images of the app posted to Twitter by Smith show that it’s called “Amaq Agency.” When users start it up, the app displays a scrolling news feed and icons to play videos. For added convenience, the app includes the ability to change font size and has options for users to have the feed automatically check for new posts. It can even be automatically updated whenever the app’s developers send out new versions of the program.

Ghost Security Group is a hacking collective similar to Anonymous that focuses its efforts solely upon counter-terrorism. The group claims to have “terminated over 100,000 extremist social media accounts” used by militant groups to recruit members and send threats. Ghost Security Group discovered the app after infiltrating a channel run by ISIS on the encrypted messaging service Telegram.

The finding puts a finer point on the sophisticated digital strategy ISIS is using to communicate with both current and prospective members. Indeed, the group has started countless social media accounts, uses messaging applications like Telegram to communicate, and has employed video sites to share its propaganda.

The international community has placed more emphasis on ISIS online activities in recent weeks in the wake of attacks attributed to the organization. Last month’s tragic Paris attacks prompted another hacking collective, Anonymous, to focus its efforts on disrupting ISIS online. After ISIS claimed responsibility for the San Bernardino attack—a claim first reported by Amaq News Agency—lawmakers quickly responded with calls for Silicon Valley to do more to fight ISIS.

“Technology’s often called the great disrupter, and it has been in work and communications, so much else,” Democratic Presidential nominee hopeful Hillary Clinton said in a speech at the Brookings Institution on Sunday. “But we need to put the great disrupters to work in disrupting ISIS and stopping them from having this open platform for communicating with their dedicated fighters and their wannabes, like the people in San Bernardino.”

Her comments were in step with those made by President Barack Obama in a Sunday address to the nation on terrorism. The President said that while the Internet “erases the distance between countries,” it also provides a platform for “terrorists to poison the minds of people.” He called on technology companies to limit how terrorists use their services as a safeguard against such influence.

Finding a solution, however, may prove difficult.

The discovery of the smartphone app shows that ISIS can use technology in other ways to work outside the prying eyes of government and companies alike. According to Ghost Security Group, the app isn’t available as a download in a marketplace like the Google Play store. Instead, a link to the download is shared between ISIS members through Telegram and other encrypted communication. Users can then download the app to an Android device.

It’s unknown how many people have downloaded the app to their devices.