﻿ www.unuudur.com » 3 Stocks That Will Profit From the Mongolian Mineral Rush

3 Stocks That Will Profit From the Mongolian Mineral Rush 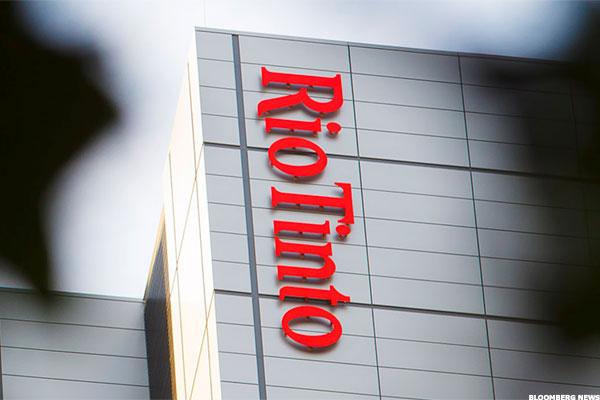 Like the old man in Monty Python and the Holy Grail, the commodities super cycle is “not dead yet.” Year to date, the iShares Commodities Select Strategy ETF (COMT) is up 3.9%. Over the last month, it has jumped 11%. In December, commodities prices had sunk to a decade low and the entire sector was given up for, well, dead.

Copper in particular has come back to life. The Global X Copper Miners ETF (COPX) is up 26% so far this year and 28% over the last month. Signs of continued global growth, especially in China, are largely fueling the resurrection of commodities. Below, we examine three ways to play the rebound in commodities prices. They’re among the best growth stock opportunities available in a broader market that remains risky and volatile.

Let’s start with Mongolia (yes, Mongolia). Once home to only camels and nomadic herders, Mongolia’s Gobi Desert is experiencing a gold and copper rush of epic proportions. After a slight lull in the action from 2012-2015, 2016 is shaping up to be the year when the rubber hits the mining road as the Oyu Tolgoi mine expansion at last gets underway.

Mongolia’s sizable mineral wealth drives the country’s economic output. In the last decade, Mongolians have discovered even greater mineral resource deposits, including copper, gold and coal. Capital markets, however, have approached Mongolia with a mix of caution and excitement.

Many want to participate in one of the fastest growing economies in the world, but cultural mismatches make doing business difficult. U.S. investors, long chomping at the bit to invest in this Asian country, have been spooked in the past by negotiations, delays and a collapsing commodity market.

Entering the fourth quarter of 2015, the prospects for reaching a financing and operation expansion agreement on the Oyu Tolgoi mine looked grim. Shares of the associated economic parties had been trending downward from 2013 to 2015. This may have been what inspired TD Asset Management to sell off 7.3% of its position in Turquoise Hill Resources (TRQ – Get Report) during the fourth quarter of last year. Turquoise Hill Resources is the NYSE-listed company (market cap: $5.71 billion) linked with the Oyu Tolgoi mine assets.

Now, though, things are looking different.

In December 2015, the climate for Mongolian mining shifted favorably. Rio Tinto (RIO) closed the negotiations and secured financing of $4.4 billion to begin mine expansion in the first half of 2016. From 2009 to 2011, Turquoise Hill Resources stock benefited from the market news of the “asset discovery” and size, but shares dropped from 2011 through 2013 due to contract negotiations.

The stock went basically sideways in 2014 and then rallied early last year before selling off. But shares have rallied since January of this year, and the company’s earnings look promising. The lone analyst covering the stock has a 12-month price target or $3.82, which suggests upside of 37%.

Mining giant Rio Tinto, with major assets in Mongolia, is another well-timed play on the resurgence in the commodities sector.

Rio Tinto announced last week that Jean-Sebastien Jacques would take over as CEO later this year. News of Jacques’ appointment was cheered by the market. Currently the company’s chief of copper and coal, Jacques not only led Rio Tinto’s negotiations on the Oyu Tolgoi financing and expansion agreement (one of the largest copper mining assets in the world), but he shifted Rio Tinto’s position on cost cutting to a forward-thinking strategy of expansion and innovation.

Acquiring copper assets at heavily discounted prices provides a liquidity base for the flailing market and sends a signal that the price has reached a temporary floor. Although declining commodity prices could still hamper Rio Tinto’s growth moving forward, developing a key copper asset within 80 kilometers of the Chinese border may prove to be a positive, long-term strategic supply chain win as the Chinese markets stabilize.

In addition to the recent Oyu Tolgoi developments, Mongolia also indicated that the nation has a renewed hunger to attract foreign direct investment to grow the country’s mining, agriculture and infrastructure sectors. While foreign direct investment had dried up post-2012, in early March the Mongolian government agreed to settle arbitration with Canada’s Khan Resources, ending a seven-year, $70 million legal battle over uranium mining licenses.

This settlement should restart the region’s investment engine, thereby benefiting Mongolian capital markets and economic growth. That’s why the bears are likely wrong about 2016 and profit-making investments still abound.

Not confident in a commodity price bump or a Mongolian long copper strategy? This might be the time to play the Oyu Tolgoi mine expansion on the operations side with the stock on the next page.

The movement of commodities typically is a proxy for Chinese demand. Consequently, the rebound in commodities prices is a clear sign that China, the global growth engine, is not collapsing but only slowing. Reports of the Middle Kingdom’s demise are greatly exaggerated, as the country’s industry, retail and fixed-investment indicators showed renewed vigor in January-February. Our three stock recommendations are informed bets that sluggish growth, not global recession, is probably in the cards.

John Persinos is editorial manager and investment analyst at Investing Daily. At the time of publication, the author held no positions in the stocks mentioned.