Coal Is Officially a Zombie Industry 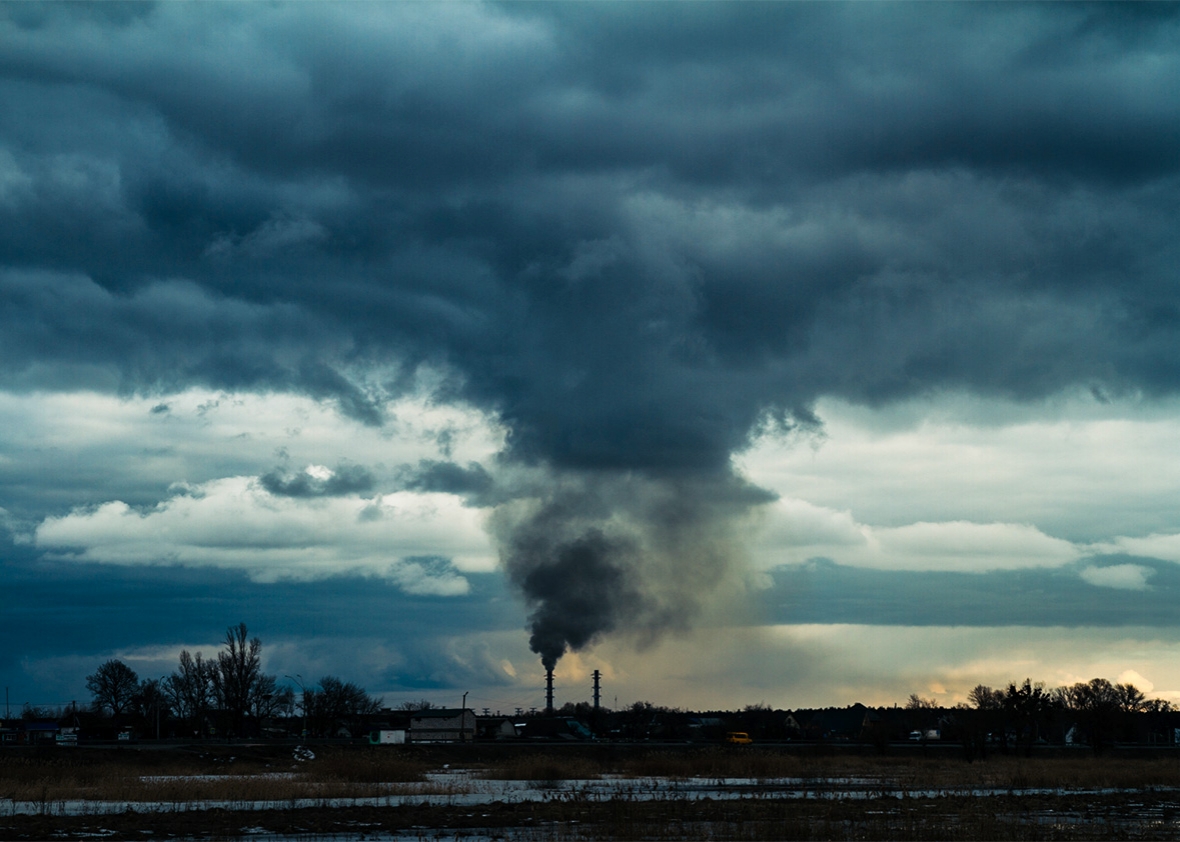 And then there was one. On Wednesday, Peabody Energy, the largest coal-mining company in the U.S., filed for Chapter 11 bankruptcy protection. Its stock is at about $2, and its market value is a piddly $38 million.

That left only a single stock in the Dow Jones U.S. Coal Index that is not in bankruptcy: Consol Energy, worth about $3 billion. The coal index is now off 93 percent in the past five years. One by one, many of the nation’s publicly held mining companies have filed for bankruptcy: Patriot Coal filed for Chapter 11 last May, Walter Energy sought protection last July, and Alpha Natural Resources succumbed in August. In January, Arch Coal, the second-largest U.S. miner, filed for Chapter 11. And so their stocks have stopped trading.

We’re witnessing something that we rarely see in America: the sudden and sharp collapse of a functioning industry. Simply put, coal production is in free fall. Through the first 14 weeks of 2016, U.S. coal production is off 32 percent from the year before, according to the U.S. Energy Information Administration. (And last year’s annual total was 20 percent off the 2011 total. Large, mature markets don’t typically fall that much in a year. Because manufacturing and mining require scale—investments, overhead, long-term employment contracts—a 30 percent decline in sales, output, or production can be calamitous. (Imagine what would happen to your family’s finances if your salary dropped 30 percent in a year while expenses stayed the same.) According to SNL Energy, 44 percent of coal produced in the U.S. is done so by a company that has filed for bankruptcy in the past four years.

The culprits are obvious. And what’s happening is a little cruel. The power system, which for so long relied uncritically on coal, has turned decisively against it. As recently as 2007, coal accounted for 48 percent of U.S. electricity production. In January, it was only 32.6 percent.

Several forces are conspiring against coal.

First and foremost, there’s natural gas. One fossil fuel is being undone by another. Fracking has liberated vast new supplies of natural gas in the U.S. But the fuel can’t be exported abroad easily. The result: a supply of a really cheap, cleaner-burning fuel whose main purpose is to generate electricity. Many utilities and power-plant owners have switched to natural gas for economic and environmental reasons. In 2007, natural gas accounted for 21 percent of electricity produced in the U.S.; in January 2016 it accounted for 31 percent.

Regulation and policy are playing a significant role, too. The EPA has imposed new standards for emissions on power generation that discourage companies from building new coal-powered plants and from continuing to operate the ones they already have. Most states have enacted renewable portfolio standards, which dictate that a certain amount of power come from renewable sources. Virtually every utility in the U.S. has developed an integrated resource plan that describes how it will adapt to an era in which emissions might be capped. While they vary, the playbook is the same: burn a lot less coal, burn a lot more natural gas, add renewables like wind and solar in huge gulps, and focus on efficiency and storage.

I call it coal nullification. As the Sierra Club’s Beyond Coal campaign documents—often with glee—electricity plants that burn coal are being shut down at a rapid clip. The industry’s main domestic customers are simply disappearing. And this is not a cyclical phenomenon: Once coal is out of the power system, there will be immense pressure to keep it out. The U.S. continues to build electricity generation capacity to deal with plant retirements and rising demand in certain areas. But it just isn’t building any that burn coal.

There’s a procyclicality to coal’s misery. What is popular and has momentum gets more popular and gains more momentum as a result. The use of natural gas has encouraged more production of gas, which has led to a glut and low prices—which encourages more usage. State requirements and federal subsidies that promote the construction of wind and solar power at scale have helped make the industry more efficient, which helps bring down the cost of wind and solar and makes these alternatives more appealing. And in America, when industries gain size, they gain lobbying clout that helps them advocate for politics that further improve their lot. For example, the federal tax credit for wind and solar investment, which was supposed to expire at the end of last year, was instead extended for several more years. And as more states achieve the goals of having 20 or 25 percent of their power come from renewable sources, they set more ambitious goals: 50 percent in California, 100 percent in Hawaii.

On Thursday, Iowa-based MidAmerican Energy, which last year generated 47 percent of the electricity sold to its customers from wind power, announced it will invest another $3.6 billion in wind in the state. “When the 2,000-megawatt Wind XI project is completed, our annual renewable energy generation is expected to reach a level that’s equivalent to approximately 85% of our Iowa retail customers’ annual use,” the company said. Five years from now, there may literally be no need for coal-fired electricity in the state.

The procyclicality works the other way. What is unpopular and loses momentum becomes more unpopular and loses momentum as a result. There’s still a lot of coal produced in the U.S.—even a 30 percent decline this year would result in more than 600 million tons of production. But the last time production was so low was in the 1970s. Employment in the coal industry has shrunk. And so, too, has the industry’s political influence. Yes, politicians at the state level in West Virginia, Kentucky, and Wyoming will lobby for the industry in Washington. But you’d be hard-pressed to come up with a worse set of pleaders for your cause with the Obama administration than senators like Kentucky’s Mitch McConnell and Wyoming’s John Barrasso.

Things will likely get worse for the coal industry in Washington because its problems are about to become the public’s problems. Coal is dirty, dangerous, and Dickensian. (Last week, the CEO of a mining company was convicted for violating safety laws over an episode in which 29 miners died; he was sentenced to only one year in prison.) When companies file for bankruptcy, the fact that they can’t meet their obligations to creditors like banks or bondholders isn’t that much of an issue. They can absorb the loss and wind up with ownership of the company. But bankrupt coal firms will have a hard time meeting their obligations to the environment, to employees, and to retirees. Which means they will either need a bailout or they will suffer further obloquy when they walk away from commitments. Both of those outcomes will make the industry less popular than it already is. And they will only further blacken coal’s dim future.

*Correction, April 14, 2016: Due to an editor error, an incorrect version of this article was originally published. The correct version now appears above. Additionally, due to a production error, the article’s original photo caption misidentified the pictured coal yard as belonging to Peabody. It is not Peabody’s. The photo has been removed and replaced.