Prophecy to Clear TDB Loan and Issues Shares for Debt

Vancouver, British Columbia (FSCwire) – Prophecy Development Corp. (“Prophecy” or the “Company”) (TSX:PCY, Frankfurt:1P2) is pleased to announce that it intends to pay off and close out the USD$1.5 million line of credit facility with the Trade and Development Bank of Mongolia at end of this month. 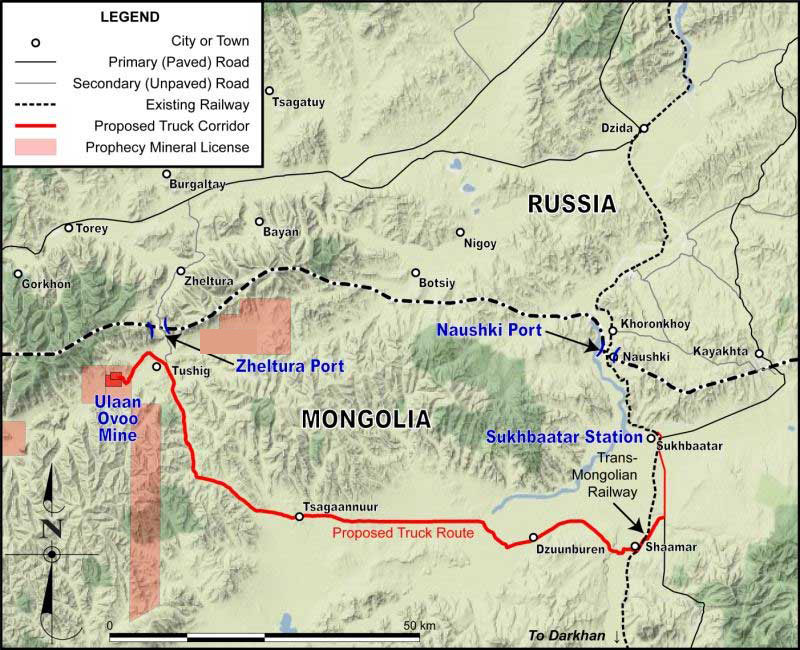 The Company has also agreed to issue 2,651,096 Common shares to Nargil Molor, an insider of the company, at a deemed price of $0.015 per Common share to settle all remaining and outstanding debts owed to her. The shares for debt are being issued through the Company’s Share-Based Compensation Plan which was approved by shareholders at the Company’s annual general meeting of shareholders held on June 19, 2014, and is subject to the approval of the Toronto Stock Exchange.

Prophecy Development Corp. is a Canadian public company listed on the Toronto Stock Exchange that is engaged in developing mining and energy projects in Mongolia, Bolivia and Canada. Further information on Prophecy can be found at www.prophecydev.com.