﻿ www.unuudur.com » Rio Tinto clashes with Bernstein over Mongolian mine report

Rio Tinto clashes with Bernstein over Mongolian mine report 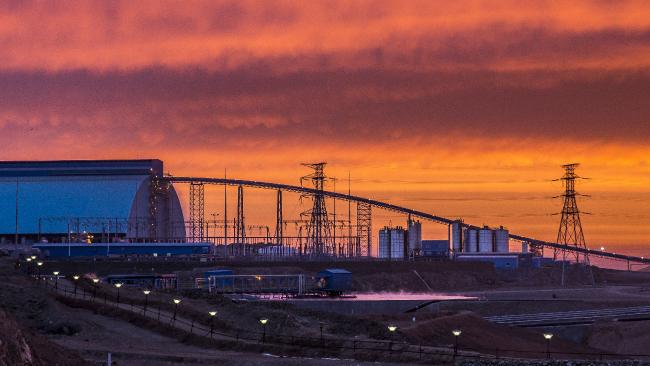 Rio Tinto and Bernstein Research have clashed over a report that examined the investment case for the miner’s flagship copper mine in Mongolia.

Bernstein recently commissioned Neal Brewster, a former general manager of valuation at Rio, to write a report on the $5.3bn expansion of the Oyu Tolgoi mine, reports Neil Hume in London.

It was due to hold a conference call with clients last week to discuss his report, which was based on publicly available information. But the dial-in never happened.

Bernstein decided to cancel the call after Mr Brewster pulled out following threats of legal action by his former employer.

“We unfortunately had to cancel our conference call on the Oyu Tolgoi Project, scheduled for 30 June, as Neal Brewster, was no longer able to participate,” Bernstein said in a statement.

In his report, Mr Brewster said the investment case for an underground mine at Oyu Tolgoi was “neither very compelling nor obviously flawed”, although it was not clear how well this was “understood” by Rio’s board.

“Judging the overall risk versus returns equation is not simple,” the report concluded.

Rio gave the green light to the expansion of the deposit in the South Gobi desert last month. The project, which was overseen by Rio’s new CEO Jean-Sébastien Jacques, is a key part of the company’s growth plans and will help reduce its dependence on iron ore.

“The Bernstein note was excellent in its detail… it brought up the aggressive assumptions made on grades, recovery rates, dilution, ramp up, pricing, Mongolia and China risk,” said one hedge fund manager. “Are Rio really convinced this is the project they are telling us that it is?” he added.

Bernstein is not the only researcher to raise doubts about OT. In May, analysts at UBS said the project was high risk because of its location. They also highlighted a number of ongoing challenges including access to power, smelters and tax.