﻿ www.unuudur.com » Bill Gates and other billionaires backing a nuclear renaissance

Bill Gates and other billionaires backing a nuclear renaissance 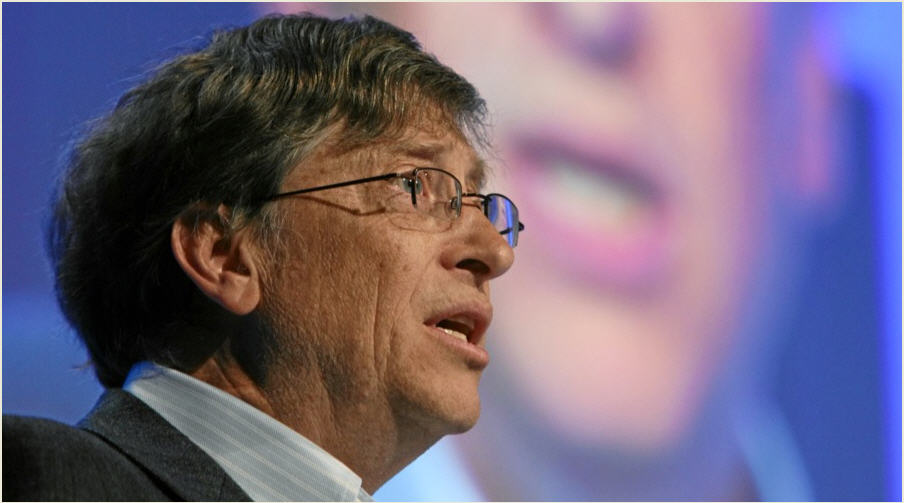 Let’s for a second imagine a world without nuclear energy. That’s a tough one but let’s try. No nuclear bombs, of course, no Chernobyl and Fukushima, no worries about Iran and North Korea. A wonderful world, maybe?

Probably not, because without nuclear energy we would have burned millions more tons of coal and billions more barrels of oil. This would have brought about climate change of such proportions that what we have today would have seemed negligible.

Nuclear energy and uranium, which feeds it, are controversial enough even without any actual accident happening. Radioactivity is dangerous. Nobody is arguing against it. When an accident does take place, the public backlash is understandably huge. What many opponents of uranium forget to mention, however, are the benefits of nuclear energy and the fact that the statistical probability of serious accidents is pretty low. They focus on the “What if?” and neglect the other side of the coin. But let’s try to see both sides of the issue.

The positive side of nuclear energy definitely deserves more attention than it’s currently getting. Uranium-fueled power is obscenely greener than fossil fuels. It’s also cheaper and, perhaps surprisingly for many, it is actually lower in carbon emissions than solar and biomass. This means that the construction of a nuclear plant, including materials used and the work itself plus the operation of the plant over its lifecycle, produces fewer greenhouse gases than the construction and operation of a solar farm.

What’s perhaps more important is that nuclear energy is much more easily scalable than other low or zero-carbon energy sources. And that isn’t just some claim from the nuclear industry – that’s something climate scientists and environmentalists are saying. Here’s a public appeal by several such scientists, urging greater support for nuclear energy, noting that “While it may be theoretically possible to stabilize the climate without nuclear power, in the real world there is no credible path to climate stabilization that does not include a substantial role for nuclear power.”

The uranium mining industry is certainly aware of these attitudes and it’s also aware of a global trend: countries are building new nuclear plants and upgrading existing ones. Forget about Germany and its plans to go nuclear-free – plans that will cost it tens of billions, by the way. None other than Sweden–the poster child of renewable energy, the country that vowed to become the first fossil-free state in the world–is not only choosing to maintain its nuclear fleet; it is updating them. China is building 20 new reactors, South Korea is working on four; and even Japan is restarting some of the capacity shut down after the Fukushima disaster and building new reactors.

The growth of nuclear power around the world will cause demand for uranium to surge, and uranium prices are set to double over the next two years. “Reality is finally trumping negative sentiment,” says Paul D. Gray, CEO of uranium and lithium miner Zadar Ventures Ltd. “And the reality is that we can’t wean ourselves off fossil fuels without nuclear power.”

Uranium will be needed in prodigious volumes to power up new nuclear reactors, and much of it will come from the Athabasca Basin in Canada. This area, rich in high-grade uranium, is being targeted by both public giants like Cameco (TSX:COO) and Areva (EPA:AREVA) and smaller miners such as Zadar Ventures, CanAlaska Uranium and Mega Uranium.

Yet what about those notorious safety risks? Nuclear energy may be green, but it is also more dangerous than, say, wind energy.

Again, nobody in nuclear power is contesting that. What they are doing instead is working on new, safer reactors. Welcome to the next generation—reactors that are much safer than their predecessors. But they will still need uranium.

The U.S. government recently announced an $82-million funding program for next-generation nuclear reactor development. The UK is even more generous, pledging last year £250 million over five years for research and development in the nuclear energy field.

Private investors such as Bill Gates, D. E. Shaw, and Chinese billionaire Li Kashing have been pouring money in such research – and uranium mining – for years now.

The nuclear reactors of tomorrow will not only be safer than the ones we already have – which are themselves safer that many believe – they will be much more efficient.

Bill Gates’ TerraPower, for instance, has designed a traveling wave reactor, which utilizes nuclear waste. Another design, by two MIT researchers, again uses waste, mixed into molten salt. In short, the nuclear reactors of the future will utilize not just regular uranium but will take care of the waste as well – the same waste that raises so much concern among environmentalists and the general public.

So it’s the Athabasca Basin that will be ground zero in the nuclear energy rebound.

Some even call the Athabasca Basin the “Persian Gulf of uranium”. It not only contains some of the highest-grade uranium in the world, it is also home to two of the top seven deposits in terms of metal content. The basin has a well developed power, transport and processing infrastructure, too, which makes it all the more attractive for miners and mining investors.

Athabasca will be one of the places to watch in the coming years as the uranium market swings from a glut into a deficit. The glut was caused by the sharp drop in demand following the Fukushima events in 2011. Now the pendulum is moving back, with a deficit in the making as uranium miners curbed exploration and production due to falling prices.

Back in 2012, Bill Gates noted that “When you have fission, you have a million times more energy than when you burn hydrocarbons. That’s a nice advantage to have.”

Today, it’s getting increasingly clear that it’s more than “nice”. Nuclear power is unique among zero-carbon energy sources: its production is consistent as it doesn’t depend on sunlight or wind. This, coupled with affordability and safety – whatever environmental extremists say – makes nuclear energy an indispensable element of the global renewable energy mix for the future.

It also suggests uranium is more than likely to take the center stage it deserves as fossil fuels relinquish the spotlight.

The Athabasca basin will be in the undeniable spotlight sooner than you might think in what will be a boon for major Northern American operators as well as juniors, such as Zadar Ventures.

“It’s impossible to find another natural resource that is so fundamentally necessary to our future,” says Zadar’s Gray. “This will be the year of the uranium rebound, and nuclear energy’s next-generation safeguards will rewrite the global energy map once again.”

By James Stafford of Oilprice.com