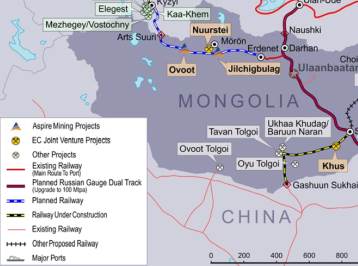 Mongolian metallurgical coal explorer and infrastructure company Aspire Mining has started the first stage of the rail feasibility study for the Erdenet to Ovoot railway, which is critical to the development of the Ovoot coking coal project.

The first stage of the rail feasibility study is expected to be completed in December and will provide a confirmed construction schedule and capital expenditure estimate, ASX-listed Aspire reported on Thursday.

The company added that it continued to work on completing funding arrangements for the final feasibility study work and for the engineering, procurement and construction of the railway.