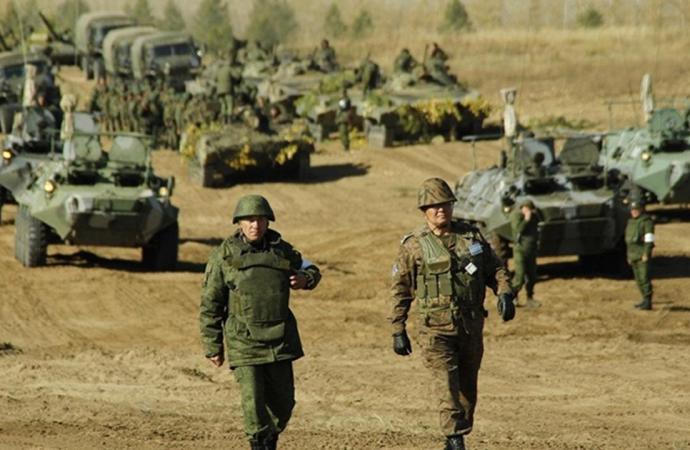 The Armed Forces of the Russian Federation and Mongolia are holding a joint military exercise, dubbed Selenga 2016, at the Ulun Burduny training complex in the Republic of Buryatia, located in the south-central region of Siberia, Russia, according to local media reports.

The joint military drill, which began on August 30 and will last until September 7, involves around 1,000 military personnel and 200 vehicles and aircraft on both sides. The objective of the exercise is to enhance interoperability and cooperation between the Russian and Mongolian militaries in combatting insurgents and terrorist groups.

In detail, on the Russian side a tank battalion, a motorized infantry company, a mortar battalion, howitzer self-propelled artillery and rocket batteries, air defense, reconnaissance, and NBC (nuclear, biological, and chemical) protection units, are participating in the exercise. The Mongolian military is present with a number of motorized infantry companies, armored personnel carriers, a tank platoon, and a mortar and a rocket battery.

The military exercise is running according to plan so far. “During the joint training, units of the Eastern Military District and the Mongolian armed forces practiced tactical groups’ movement on approach routes and the organization of communication between the units. The Joint Staff of the exercise command agreed [on] the command and liaison signals common for both sides,” a spokesman for the Russian Eastern Military District told TASS news agency on August 31.

Last year’s exercise was smaller and involved 90 vehicles and aircraft on the Russian side, and 54 on the Mongolian side. Russian aircraft included Su-25 attack aircraft, Mi-8 helicopters and Mi-24 helicopter gunships. Mongolia sent 72 main battle tanks and a battery of BM-21 multiple rocket launchers. In total, around 900 military personnel participated on both sides. This year will also see a number of Russian Su-24M2 tactical bombers participating in a simulated attack against enemy armor formation.

The Selenga military exercise has been held annually since 2008. Up until 2011, the drill was first and foremost a live fire exercise, but it gradually expanded to include more complex tactical scenarios including amphibious assaults and tactical landings during river crossings. The number of troops from sides participating in the drills has varied over the years. In 2011, 700 Mongolian soldiers participated, whereas in 2012 that number went down to 300.

Mongolia is pursuing a foreign policy of neutrality between Russia and the West and has also increased cooperation with NATO countries over the last few years. Mongolia has been host to the Khaan Quest multinational military exercise, co-sponsored by the U.S. Pacific Command, with participating militaries practicing peace support operations at the Mongolian Armed Forces Five Hills Training Area and in the city of Ulaanbaatar.

Russia and Mongolia have two separate military-technical assistance agreements signed in 2004 and 2014 respectively. Recent military hardware deliveries included around 100 T-72A main battle tanks as well as 400 BTR-70M and 20 BTR-80 armored personnel carriers, among other items. From 1991-2015, Russia exported military equipment to Mongolia estimated to be worth around $107 million. During that period, Mongolia received Mi-17E transport helicopters, V-600 surface-to-air missiles, and S-125M “Pechora-2M” air defense systems, next to the armored vehicles mentioned above.