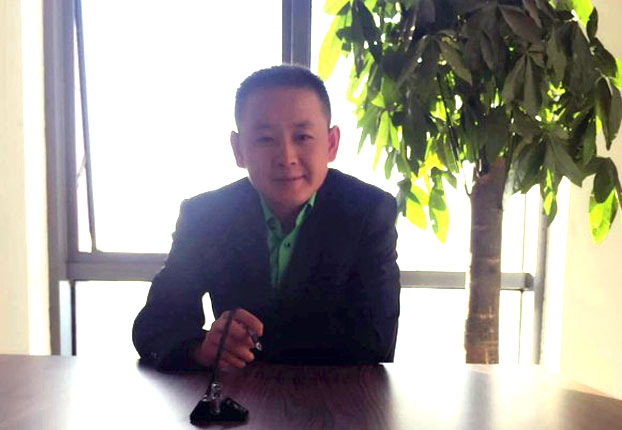 Chinese authorities in the northern region of Inner Mongolia have detained an ethnic Mongolian activist who spoke out in support of his Mongolian herding community near Tongliao city amid a long-running dispute over land.

Hai Wenming, 32, was detained on Dec. 12 in the regional capital Hohhot after he posted details online of a land dispute at his home village in Horchin Left Back Banner (county), 75 kilometres (47 miles) to the north of Tongliao.

Hai’s sister Hai Ying told RFA soon after his detention that he was detained while campaigning on behalf of his village.

“He had spent a lot of time approaching the relevant legal departments on behalf of our village, to try to resolve this issue, but without any success,” Hai Ying said.

“With no other options left to him, he posted a few details to his weibo social media account, and I think that’s why the police detained him straight away,” she said.

“Actually, everything he posted was the truth, but both he and another young man from the same village were detained,” she said, adding that the other young man was detained three months earlier than Hai Wenming.

The villagers are currently in a dispute with the Wudantaraa Forestry Station, which has swallowed up most of the land previously allocated to local people for grazing and agriculture.

When they complained, local herders were told that the land was “being allowed to return to a natural forested state.”

“This land belonged to our village,” Hai Ying said. “It was illegally taken over by [the forestry station] to make a visitor center, which they just went ahead and built there.”

“Anyone who tried to oppose it was detained; they detained 12 people on Aug. 15, including my relatives, then released them 10 days later, all except one of them.”

Repeated calls to the Horchin Left Back Banner government rang unanswered in recent attempts by RFA to contact officials for comment.

“He has been held since August, while Hai Wenming was detained for posting to social media with no official documentation whatsoever,” Xinna said.

She said the dispute with the forestry station only blew up after land prices started to soar.

“This land should really belong to the local people, by rights,” she said. “But this sort of thing happens a lot in Inner Mongolia: Land that used to belong to a village is suddenly now ‘part of a forestry station.’”

“To begin with, nobody cared, because they were still allowed to graze their sheep there, but later the tensions got worse and worse,” Xinna said.

She said Hai Wenming, a graduate of a university in Beijing, had posted details of the dispute while living in Hohhot.

“His sister has even written a letter to the party secretary of Inner Mongolia, Li Jiheng, calling on the government to pay attention to the plight of the herders,” Xinna said.

“A lot of herders signed that letter.”

Clashes between mining or forestry companies backed by the ruling Chinese Communist Party and herding communities are now common in the region, which borders the independent country of Mongolia.

Last month, authorities in Horchin Left Middle Banner detained ethnic Mongolian herder Unench in connection with the killings of four Han Chinese farmers, who activists said had repeatedly bullied and abused him in a dispute over his care of their sheep flocks.

Ethnic Mongolian dissident Hada, Xinna’s husband, has called the routine eviction of herders from their traditional grazing lands, often in the name of ecological protection, part of a calculated program of ethnic cleansing in the region.

Reported by Qiao Long for RFA’s Mandarin Service, and by Wong Siu-san and Sing Man for the Cantonese Service. Translated and written in English by Luisetta Mudie.