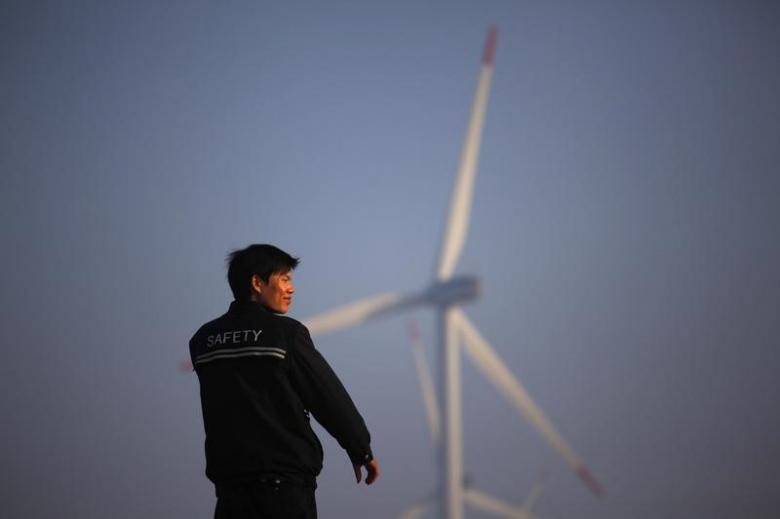 China will plow 2.5 trillion yuan ($361 billion) into renewable power generation by 2020, the country’s energy agency said on Thursday, as the world’s largest energy market continues to shift away from dirty coal power towards cleaner fuels.

The investment will create over 13 million jobs in the sector, the National Energy Administration (NEA) said in a blueprint document that lays out its plan to develop the nation’s energy sector during the five-year 2016 to 2020 period.

The NEA said installed renewable power capacity including wind, hydro, solar and nuclear power will contribute to about half of new electricity generation by 2020.

The agency did not disclose more details on where the funds, which equate to about $72 billion each year, would be spent.

Still, the investment reflects Beijing’s continued focus on curbing the use of fossil fuels, which have fostered the country’s economic growth over the past decade, as it ramps up its war on pollution.

Last month, the National Development and Reform Commission (NDRC), the country’s economic planner, said in its own five-year plan, that solar power will receive 1 trillion yuan of spending, as the country seeks to boost capacity by five times. That’s equivalent to about 1,000 major solar power plants, according to experts’ estimates.

The spending comes as the cost of building large-scale solar plants has dropped by as much as 40 percent since 2010. China became the world’s top solar generator last year.

“The government may exceed these targets because there are more investment opportunities in the sector as costs go down,” said Steven Han, renewable analyst with securities firm Shenyin Wanguo.

Some 700 billion yuan will go towards wind farms, 500 billion to hydro power with tidal and geothermal getting the rest, the NDRC said.

The NEA’s job creation forecast differs from the NDRC’s in December that said it expected an additional 3 million jobs, bringing the total in the sector to 13 million by 2020.

Concerns about the social and economic costs of China’s air pollution have increased as the northern parts of the country, including the capital Beijing, have battled a weeks-long bout of hazardous smog.

Illustrating the enormity of the challenge, the NEA repeated on Thursday that renewables will still only account for just 15 percent of overall energy consumption by 2020, equivalent to 580 million tonnes of coal.

More than half of the nation’s installed power capacity will still be fueled by coal over the same period.