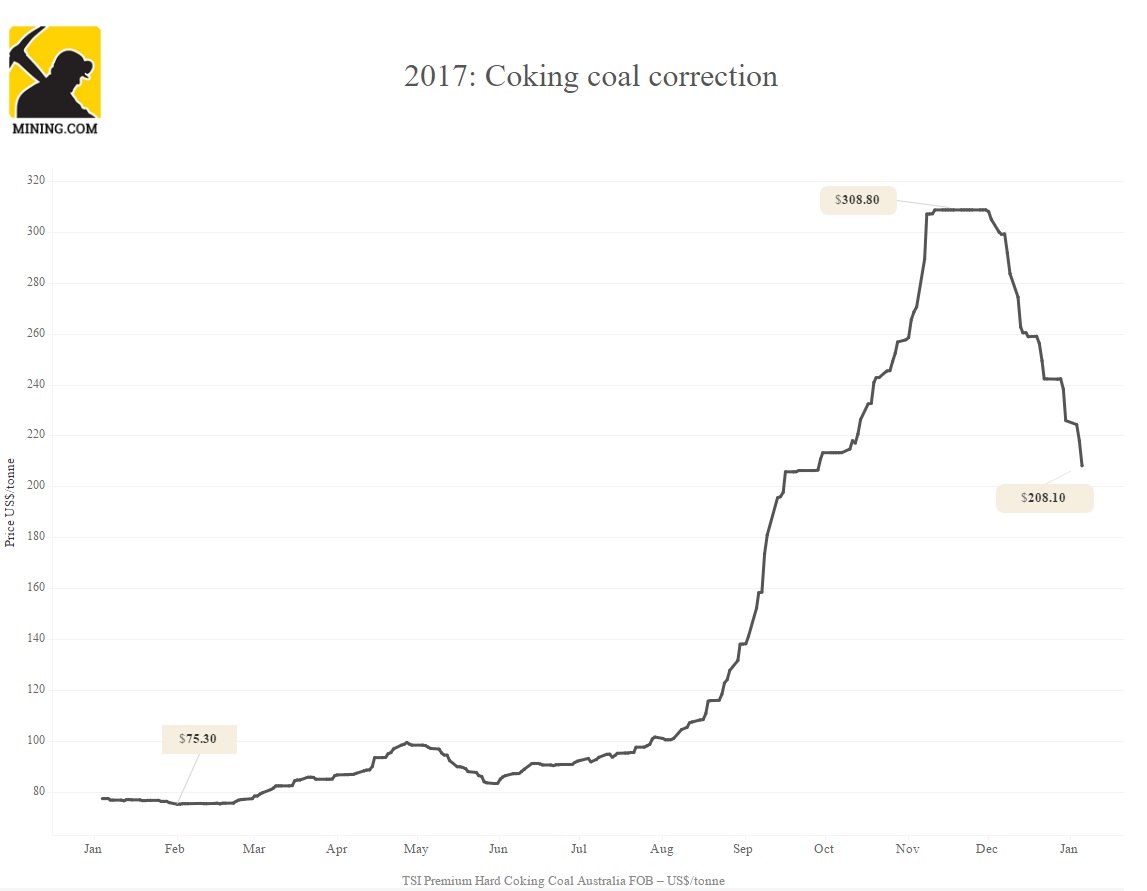 It’s only the 5th, but the year to date fall in the price of coking coal has already reached 8%. The steelmaking raw material is also a round $100 below its multi-year high of $308.80 per tonne (Australia free-on-board premium hard coking coal tracked by the Steel Index) hit in November.

On Thursday the price dropped another 4.5% to $208.10 a tonne, the lowest since September 29 and one of the biggest declines (for the spot price) on record. In 2011 floods in key export region in Queensland saw the coking coal price briefly trade at an all-time high $335 a tonne.

With demand both more diverse and less predictable, the increasingly widespread transition towards market-based pricing couldn’t be more timely

Still, metallurgical coal is up 150% over the past year and averaged $143 a tonne in 2016 (about the same as it did in 2013). There was a more than $100 differential between the spot price average and the fourth quarter contract benchmark.

Quarterly contracts are negotiated between suppliers from Australia and Japanese steel mills and it’s how most of the seaborne trade is still conducted. Spot is now at or even below Q1 contracts, but according to a new note from the Singapore Exchange, 2017 may prove a landmark year in the development of the international coking coal derivatives market:

Following a volatile H2 2016, the evolution of coking coal pricing is at an important inflection point. In recent months, spot market pricing and the quarterly price fix have frequently diverged to unprecedented levels, placing what may prove to be fatal strains on the legacy bilaterally-negotiated mechanism. The international market has seen structural change in recent years, with Chinese and Indian imports now representing key components of seaborne demand. With demand both more diverse and less predictable, the increasingly widespread transition towards market-based pricing couldn’t be more timely.