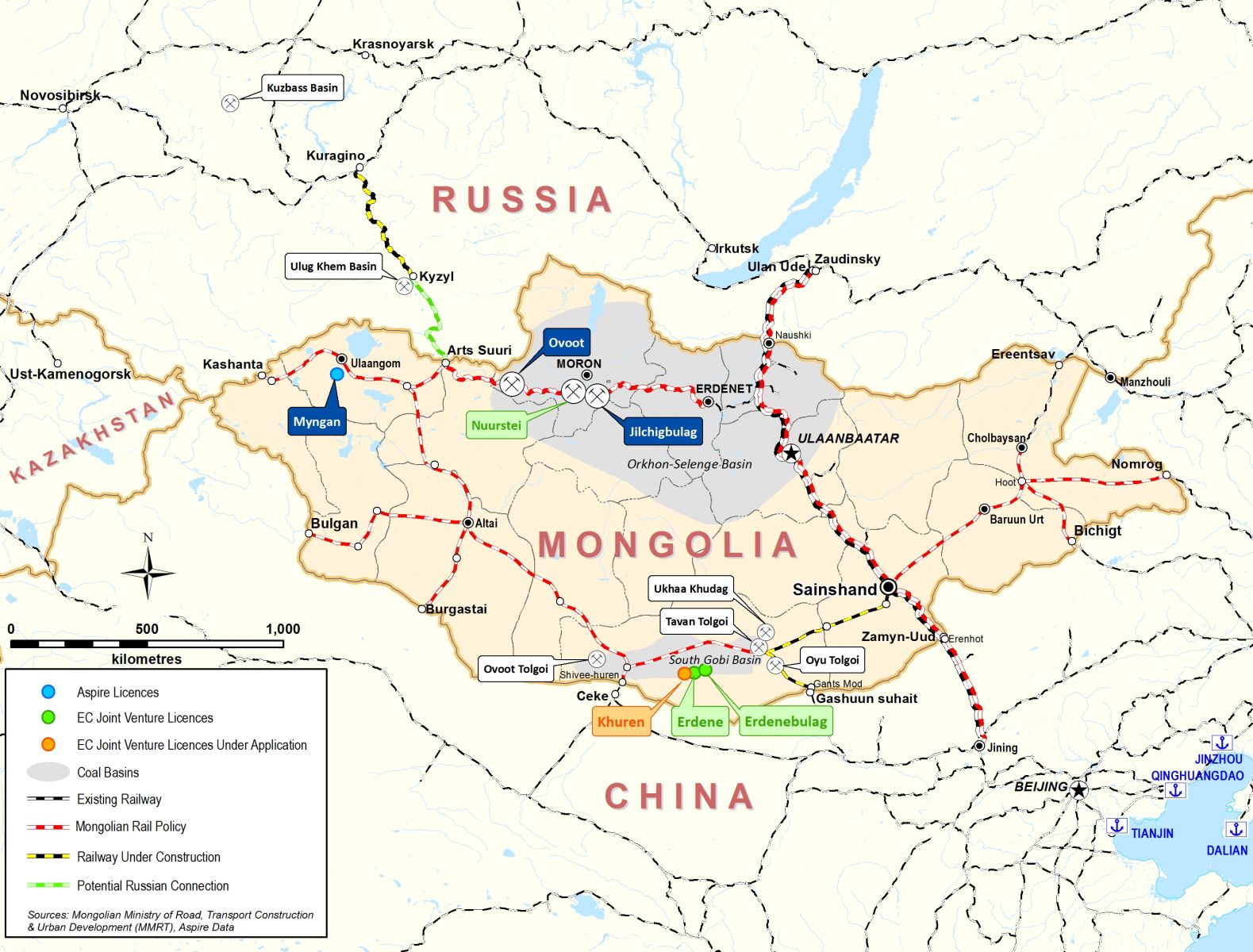 The study concluded that the Erdenet to Ovoot Railway is financially feasible and is consistent with Mongolia’s mineral resource development strategy to be supported by growth in rail infrastructure.

The study also indicated that the railway will play a significant role in the promotion of regional and social development. It reported that the project is necessary and is recommended to be implemented as soon as possible.

Capital cost to construct the Railway is estimated at US$1.25 billion plus contingency for 20 million tpy capacity single line at current exchange rates. Whereas the 2013 pre-feasibility capital cost was estimated US$1.2 billion for 12 million tpy line.

The first stage feasibility study includes two locomotive service depots as well as insurance and service costs not included in the pre-feasibility scope. The provision for a number of tunnels, some of which may not be necessary after final feasibility study is completed.

The freight forecast for the Erdenet to Ovoot Railway does not include additional freight volumes from Russia’s Elegest Coking Coal Basin or trans-Eurasian trade as the feasibility of rail links into Russia will need to be the subject of future feasibility studies.

NR now has the opportunity to continue its review of the study prior to commitment to the final stage feasibility study, where significant additional engineering and design will be conducted in order to provide a bankable capital estimate and the basis for the turnkey engineering, procurement and construction contract (EPC contract) negotiation.