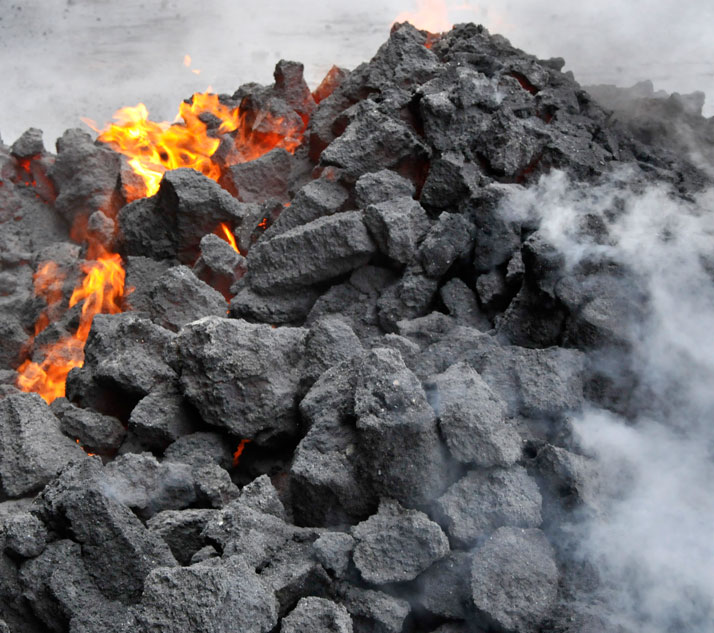 If you wanted to see what a speculative commodity bubble looks like, then coking coal’s huge rally in the second half of last year and subsequent retreat provides a good example.

Like most bubbles, coking coal’s surge had a solid foundation in supply and demand fundamentals, with top buyer China’s appetite for the fuel used to make steel rising sharply in 2016, and suppliers unable to respond rapidly.

They have since dropped by almost 40 percent to Monday’s close of $184.17 a tonne, still more than double what they were in the middle of last year, but also probably a level more reflective of market dynamics.

There is little doubt that the huge rally in coking coal was off the back of Chinese demand, with customs data showing that the country imported 59.23 million tonnes in 2016, a jump of 23.8 percent from the prior year.

This was partly because steel output was higher than expected because domestic coking coal production was crimped by government policies that lowered the number of working days at mines.

But delve deeper into the Chinese customs data and it seems that the rise in coking coal imports by itself doesn’t really justify the sharp rally in prices in the second half of the year.

The SGX futures contract is based on the Steel Index free-on-board Australia coking coal price, and is thus reflective of the cost of the fuel at ports in Australia, the largest exporter of the fuel.

The almost fourfold increase in prices in the five months from June to November last year wasn’t accompanied by a huge surge in China’s imports from Australia.

China’s total coking coal imports from Australia in 2016 were 26.77 million tonnes, an increase of just 4.8 percent.

In the seven months from June to December, China’s imports of Australian coking coal were down from the year earlier months in four, namely June, July, November and December.

But overall, the tightness in the coking coal market appears to have been wildly exaggerated by the huge rally, with the relatively modest increase in demand for Australian cargoes standing in sharp contrast to the jump in prices.

So where was China actually getting its extra coking coal from? The answer is neighbouring Mongolia.

Chinese imports from Mongolia jumped 85.2 percent in 2016 to 23.56 million tonnes, putting it just behind Australia among suppliers to China.

It’s not surprising that Mongolian coking coal is gaining on Australian supplies, given it is massively cheaper, with customs data showing it cost China $62.93 a tonne in December, while cargoes from Australia were $233.72.

Another factor to consider is Chinese imports of North Korean coal.

This is classified as anthracite by customs, but North Korean supplies are largely used as coking coal in steel-making or as a high-quality fuel in other manufacturing, such as ceramics.

China imported 22.42 million tonnes of anthracite from North Korea in 2016, an increase of 14.6 percent from the prior year.

This was achieved despite Beijing saying it would place sanctions on imports from its neighbour in line with UN resolutions against Pyongyang’s nuclear weapons programme.

Among other suppliers of coking coal to China, imports from Canada, its third-largest provider, dropped 9.3 percent in 2016, while those from fourth-ranked Russia slipped 19.4 percent.

The United States, which used to supply coking coal to China, didn’t export to China at all in 2016, according to the customs data.

With the froth having come out of coking coal prices, the question becomes what will happen in 2017?

There are some likely trends in China that will shape the market.

Chinese coal mines are currently maximising output to take advantage of the still healthy price, but may face production restrictions later in the year as Beijing has made it clear it is still determined to cut excess capacity by closing older and less efficient mines.

Supply is likely to increase from Australia and elsewhere as miners bring back idled output or work existing mines harder.

Imports from Mongolia are likely to remain robust, given the massive price advantage, while those from North Korea are less certain, given Beijing’s commitment to limit imports to an annual 7.5 million tonnes, about a third of the 2016 level.

If China does stick to this limit, it will certainly provide support for seaborne coking coal exporters, as Chinese buyers will have to seek alternatives, and it will be easier to import via ship than use trucks and rail cars from Mongolia.