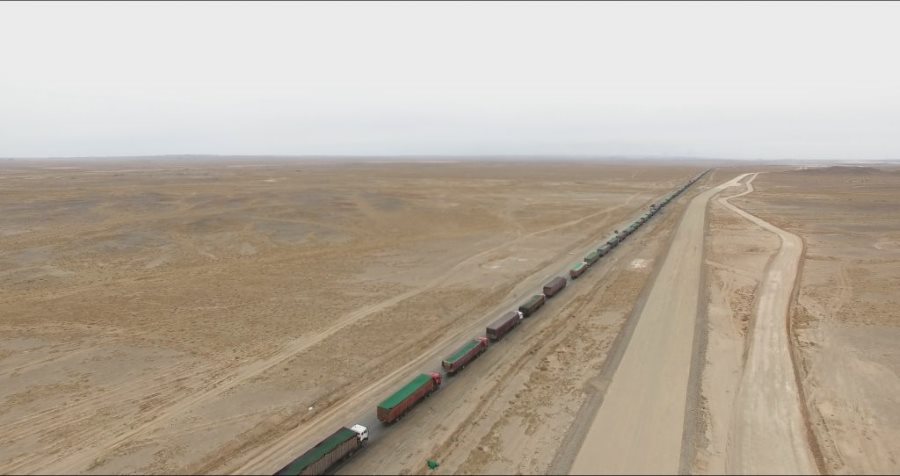 After a pause last week (and even a small move higher) following 12 weeks of non-stop selling, the rout on coking coal markets resumed on Tuesday. The steelmaking raw material fell 4.7% to $154.80 on the day, the lowest since early September.

Met coal is down more than $150 below its multi-year high of $308.80 per tonne (Australia free-on-board premium hard coking coal tracked by the Steel Index) hit in November despite customs data showing a huge jump in Chinese imports.

China forges more steel than the rest of the world combined and the country last year imported 59.2 million tonnes of coking coal, an increase of nearly 24% over 2015.

However, as TSI points out in its latest review of the market Mongolia accounted for 23.6 million tonnes of total imports as imports from Canada and Russia declined by 9.3% and 19.4% respectively while the US exported no coking coal to China.

Mongolia increased production by 85% last year. With domestic output curtailed by Beijing, so feverish was Chinese demand that Mongolian trucks carrying steam and met coal created the world’s longest traffic jam on the border between the two countries.

But it’s not the volume of Mongolian exports that should worry producers in Australia and elsewhere, but price. As a captive supplier (and due to a deal struck by Ulaanbaatar to use coal exports to pay down debts owed to Aluminum Corporation of China, or Chalco) land-locked Mongolia sells its coal for much less than the seaborne price.

At the height of the price boom in November Mongolian coking coal went for as little as 75% below the spot price (thermal coal sold for less than a third of Australian benchmarks) and nowhere near the benchmark contract prices for the Q1 2017 settled between Australian miners and Japanese steelmakers at $285 a tonne.

Another low cost supplier to China, North Korea may also impact the price this year. Under UN sanctions the dictatorship’s export of coking coal – all of which goes to China –would be limited to 7.5 million tonnes this year, down nearly two thirds from the 2016 tally. But Beijing has in the past ignored some UN sanctions on the basis that it would hurt the civilian population of North Korea.

Despite the pullback metallurgical coal is still trading at more than double multi-year lows reached this time last year. Coking coal averaged $143 a tonne in 2016 (about the same as it did in 2013). Consensus forecast is for the price to average about the same in 2017.

In 2011 floods in key export region in Queensland saw the coking coal price briefly trade at an all-time high of $335 a tonne.