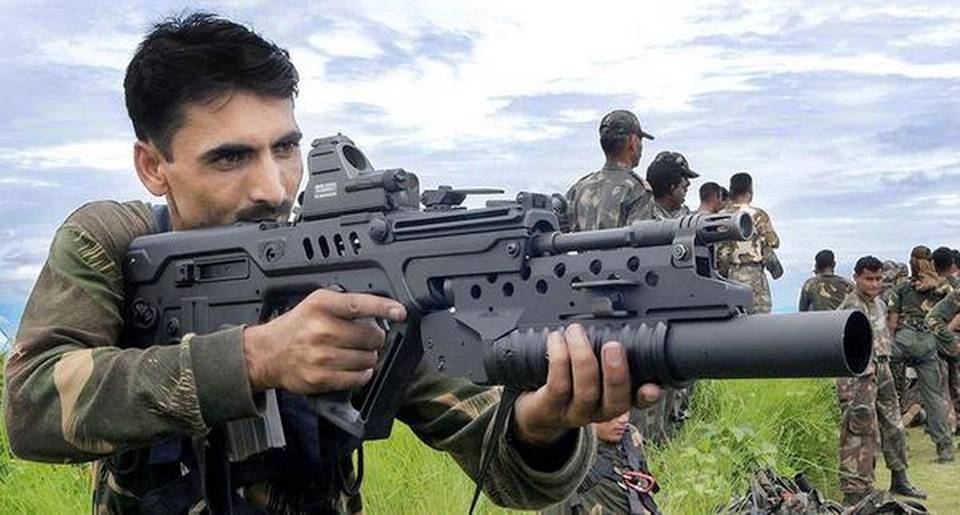 While the diplomatic world was fixated on the visit of the 14th Dalai Lama to Arunachal Pradesh, not very far from there a small elite contingent of Indian and Mongolian troops began a two-week joint military exercise away from media glare.

On Saturday, even as Dalai Lama was in Tawang, the Indian Army made public the joint exercise, named Nomadic Elephant. The timing of the exercise may be a mere coincidence, but assumes significance given last December China mounted economic sanctions on Mongolia after it refused to cancel the visit of Dalai Lama to the Buddhist majority country.

The Army said the 12th “iteration of Indo-Mongolian Joint Military Exercise Nomadic Elephant is presently under way at Vairengte from 05 April 2017 till 18 April 2017.” Vairengte in Mizoram houses the elite Counter-Insurgency and Jungle Warfare School of the Indian Army.

It said the exercise was aimed at training the troops in counter insurgency & counter terrorism operations under the United Nations mandate.

“The joint training will also lay emphasis on conducting operations by a joint subunit, comprising of troops from both the armies, in adverse operational conditions aimed at enhancing the interoperability between the two armies,” the army said.

India-Mongolia relations have been on an upswing in recent years, with the latter turning to New Delhi in December 2016 for help after China hiked transit tariffs on Mongolian trucks, as part of its action to protest Dalai Lama’s visit to Mongolia.

“We are aware of the difficult budgetary situation that Mongolia is facing due to various factors including high cost of servicing of debt raised by them in the past,” External Affairs Ministry spokesperson Vikas Swarup said in New Delhi on December.

Prime Minister Narendra Modi during his visit to Mongolia in May 2015 had extended a credit line of $1 billion to Mongolia.

The India-Mongolian bilateral ties have been growing against the backdrop of the communist country’s growing influence, and New Delhi’s efforts to find a balance.

The Indo-Mongolian military exercise is taking place just about 800 kilometers away from Tawang—second highest seat of Tibetan Buddhism and home to a historic monastery—where Dalai Lama on Saturday said his followers, and not China, will decide the future of his office.

On China’s insistence that the next Dalai Lama be born in China, he said his followers will decide whether the tradition continues or not, or if his successor should be a woman.

“Let China first come clear on its theory on rebirth,” he said.