﻿ www.unuudur.com » Will a Battulga Victory in Mongolia’s Election Mark a Shift Toward Russia?

Will a Battulga Victory in Mongolia’s Election Mark a Shift Toward Russia? 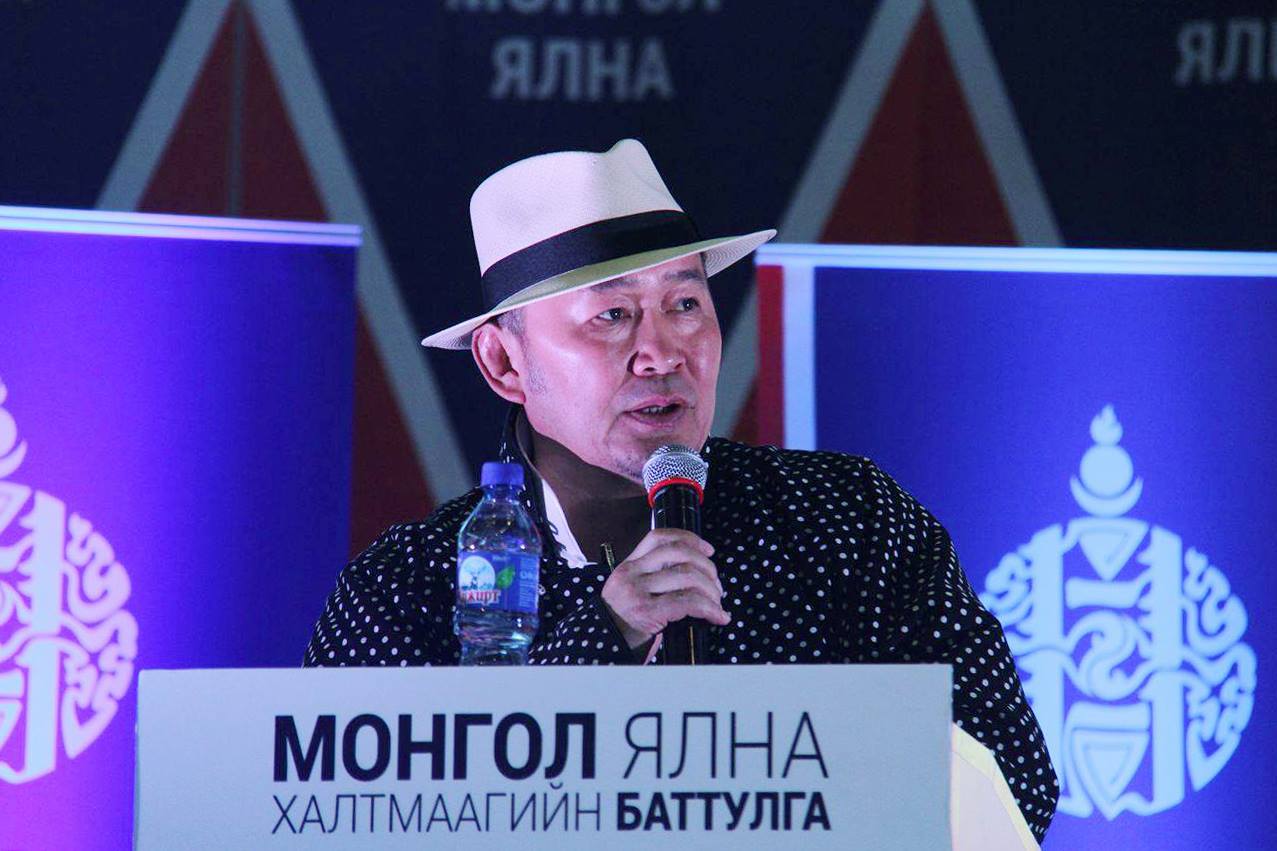 On June 26, the Mongolian presidential elections ended without a clear winner, triggering a second round of voting to take place July 7. Battulga Khaltmaagiin, the candidate from the center-right Democratic Party, received 39 percent of the vote, leaving him as the favorite for the next round. His opponent will be second-place finisher Enkhbold Miyeegombo of the Mongolian People’s Party.

Cut from the same cloth as other flamboyant post-communist politicians, the flashy Battulga is famous in Mongolia for competing on its National Sambo Team (a Soviet martial art and combat sport) and building Mongolia’s largest statue of Chenghis Khan. Battulga goes by the moniker “Genco,” after Genco Abbandando, the ruthless adviser to Don Corleone in the Godfather film series, and has postured as a no-nonsense resource nationalist throughout his political career.

During his election campaign, Battulga made concerted efforts to associate himself not only with Russia, but personally with Russian President Vladimir Putin. The case was made with campaign materials depicting Battulga and Putin together, despite no known history of any connection between the two. More curiously, a Mongolian Democratic Party newsletter published photos of Putin and Battulga shaking hands at center stage during a formal event in the Kremlin. Experts and independent observers have questioned the authenticity of the photos, with the photographer who worked the event for the Russian news agency RIA Novosti claiming he had no record of such a meeting taking place. Just days before the election, it was reported that representatives from United Russia, Russia’s ruling party, met with Battulga.

Battulga has matched his pro-Russian platform with hostility toward China, repeatedly referring to “threats” emanating from the east. In 2014 he openly questioned Mongolia’s economic dependence on the country: “The resources will finish in 40 to 50 years and there will definitely be conflict between the Mongolians and the Chinese.”

Battulga’s election would likely result in a rebalancing toward Russia after 25 years of undoing the colossal Russian presence in Mongolian affairs until 1992. It was, after all, the Soviet Union that militarily helped Mongolia remain independent after “Outer Mongolia” seceded from China following the collapse of the Qing Dynasty in 1912. While Inner Mongolia remains within China to this day, in 1924 Soviet-backed Mongolian communists proclaimed an independent communist state in Outer Mongolia. As part of the Soviet bloc for the next seven decades, Mongolia was not reabsorbed into a resurgent communist China. During the communist years, the Soviets built much of Mongolia’s infrastructure and industry, Mongolian specialists trained in Soviet institutes and universities, and the Soviet Red Army defended positions on the closed, militarized border with China.

Economically, communist Mongolia was highly dependent on the Soviet Union, with the latter supporting Mongolia’s economy with a subsidy amounting to 37 percent of the country’s then GDP. The fall of the Soviet Union saw an end to subsidies, provoking an economic crisis. As a consequence, since the early 1990s, Mongolia has undergone a complete reversal of its close ties to Russia, instead pursuing partnerships with South Korea, Japan, and the West, while reorienting its economy toward commodity exports meeting Chinese demand. China’s breakneck economic growth combined with post-Soviet Russia’s economic struggles have resulted in Russian imports dropping from 75 percent of Mongolia’s total to less than five percent today. Mongolia now depends overwhelmingly on China, as China receives almost 90 percent of Mongolia’s exports and supplies Mongolia with more than one-third of its imports.

Despite China’s critical importance to Mongolia’s economy, Russian influence is, for historical reasons, more welcomed. Historical memory of Mongolia’s time as a Chinese province from 1691 to 1911 runs deep. In 2004, in a widely-cited national poll, Mongolians were asked to choose two countries they considered the best potential partners for Mongolia. Russia came in first place, receiving twice as many votes as the second place United States. China came in a distant fourth, following Japan.

If Battulga wins the second round of Mongolia’s presidential elections, the pro-Russian politician may break with the last 25 years of Mongolian foreign policy and push for a greater embrace of Russia. While it begs the question of what an economically stagnant Russia can offer Mongolia, for a country sandwiched between two geopolitical behemoths, balancing your neighbors’ influence may very well be the best strategy.

Gregory Xanthos is a Title VIII Fellow of the U.S. Department of State in Saint Petersburg, Russia. The views expressed here belong to the author, and do no necessarily represent those of the U.S. Government.