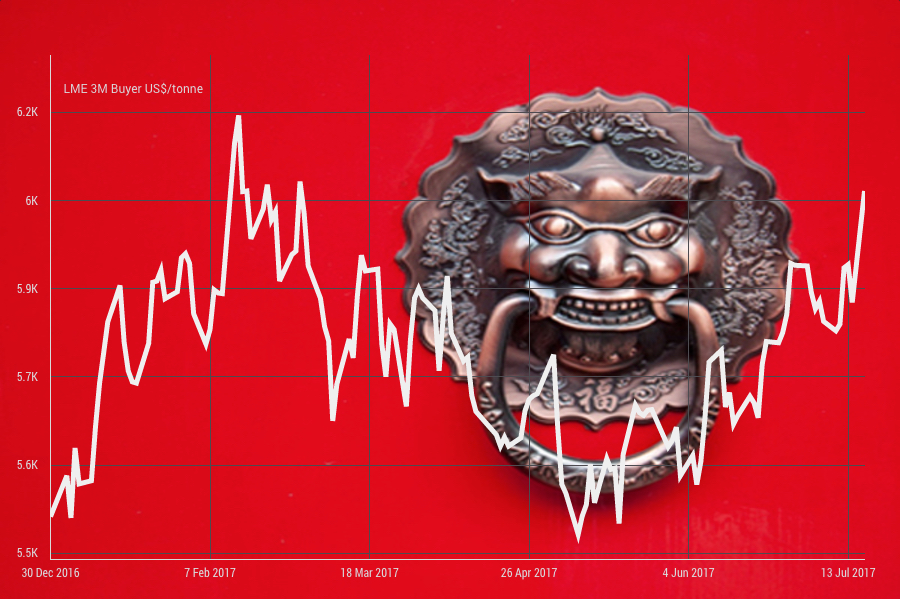 Copper for delivery in September jumped to a high of 2.7375 a pound (just over $6,000 a tonne) in lunchtime trade, up 1.7% on the day to the highest level since end-March. LME copper’s 2017 year to date gains in percentage terms are now within shouting distance of 10%.

The economy of China, responsible for nearly half the world’s consumption of copper, expanded at an annual rate of 6.9% in the second quarter against expectations of a slight decline and at a quicker pace than Beijing’s own target of 6.5% growth for 2017.

In seasonally-adjusted quarter on quarter terms, growth was even more significant, picking up from 1.3% to 1.7%. If the trend continues, this year would be the first time since 2010 that the Chinese economy grew faster than the year before.

Despite Beijing’s tightening of lending and other measures to cool the property market, construction starts surged by more than 14% in June, providing further support for commodity-intensive sectors which continue to expand at a faster rate than the broader measure of industrial production.

The copper price is seen as a bellwether for metals markets and industry as a whole thanks to its widespread use in construction, the power sector, manufacturing and transportation.