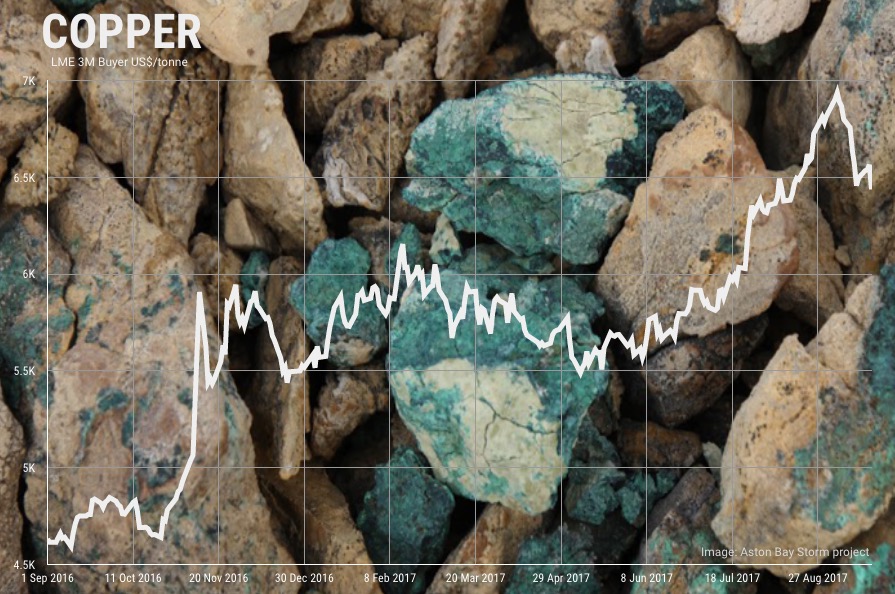 Copper futures trading on the Comex market in New York turned lower again on Thursday after indications that top consumer China will be well supplied with concentrate going into the fourth quarter.

But disappointment about imports by China, rising stock levels at LME warehouses, and fewer mine disruptions saw the rally come to a screeching halt.

In a sign that primary copper supply is far from tight, Chinese smelters just hiked their treatment and refining charges by as much as 10%.

TC/RCs paid by mining companies to turn concentrate into metal are a good indication of conditions in the spot market.

The 10-member China Smelters Purchase Team (CSPT) set the minimum level for treatment fees at $95 per tonne and hiked refining charges to 9.5 cents per pound at their latest meeting in Shanghai on Thursday, according to a Reuters report.

Daniel Meng, head of China materials research at CLSA in Hong Kong, described the TC/RCs as a “very good result” for the smelters and said he had not expected such high rates as supply and demand were broadly seen as balanced.