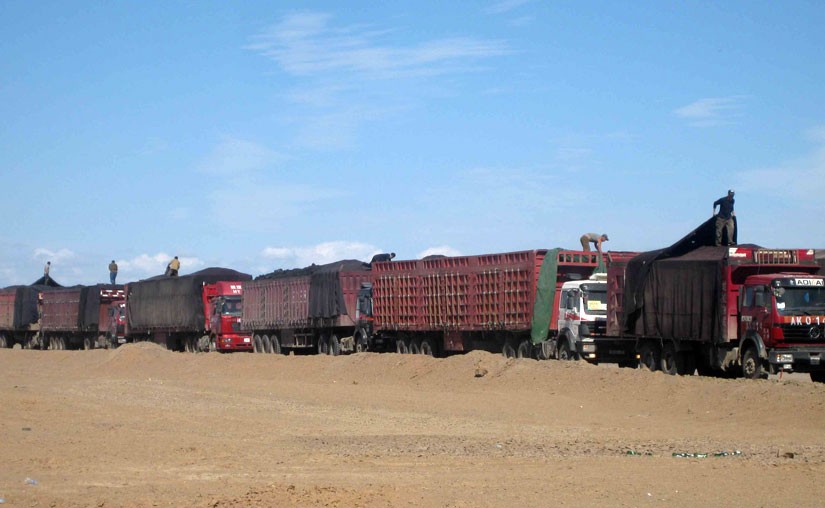 A boom in the coal trade in Mongolia has helped elevate the country’s benchmark stock index and pump the tiny exchange’s market capitalisation to five-year highs as optimism about the economy grows following a bailout deal.

Coal miners in the landlocked north Asian country are set to increase production on the back of improved market conditions as demand grows from top trade partner China. Mongolia has helped fill a supply gap following Beijing’s ban on imports from North Korea and some smaller ports, as well as the closure in China of mines from tougher environmental regulations.

A $5.5 billion bailout approved by the International Monetary Fund (IMF) this year has also helped underpin positive market sentiment, although the disbursement of funds was delayed earlier this month when the government was toppled in a parliamentary no-confidence vote.

“Coal exports into China were growing very quickly in the first half of this year,” said Dashdorj Bilguun, director of capital markets at Golomt Capital in Ulaanbaatar.

Foreign interest remains limited and the market is thinly traded but the market’s headline performance has nonetheless been impressive.

The Mongolia Stock Exchange Top 20 Index has soared more than 45 percent since the start of the year to highs not seen since March 2012.

Total capitalisation of the market, meanwhile, for the first time surpassed the 2 trillion tugrik ($812.35 million) mark on Monday.

That’s an increase of more than 40 percent over last year and the highest – in local currency terms – since 2012, when the economy grew 12.3 percent. In dollar terms, however, market cap is smaller than it was five year ago because the tugrik has nearly halved in value against the dollar.

Mongolia reported 5.3 percent growth in the first half of 2017 with coal exports more than quadrupling over the same period the year before.

Drink maker APU JSC, another heavyweight, was also up on news of its planned merger with Heineken’s beer and vodka business in Mongolia, which was announced in July.

Tavantolgoi’s share price has risen by nearly five times over the past 12 months, while APU’s is up more than 50 percent.

Combined, both companies account for close to half of Mongolia’s entire market capitalisation.

There are risks to the rally. Political uncertainty has returned with the ousting of the prime minister and cabinet by lawmakers this month.

And coal exports may face troubles in the coming months as bottlenecks at the Chinese border slow trade.

But the domestic market is now likely to find more persistent support with a new government tax on savings interest giving local investors cause to look for places other than the bank to park their money.

“The money is flowing to corporate bonds and stocks,” Bilguun said.