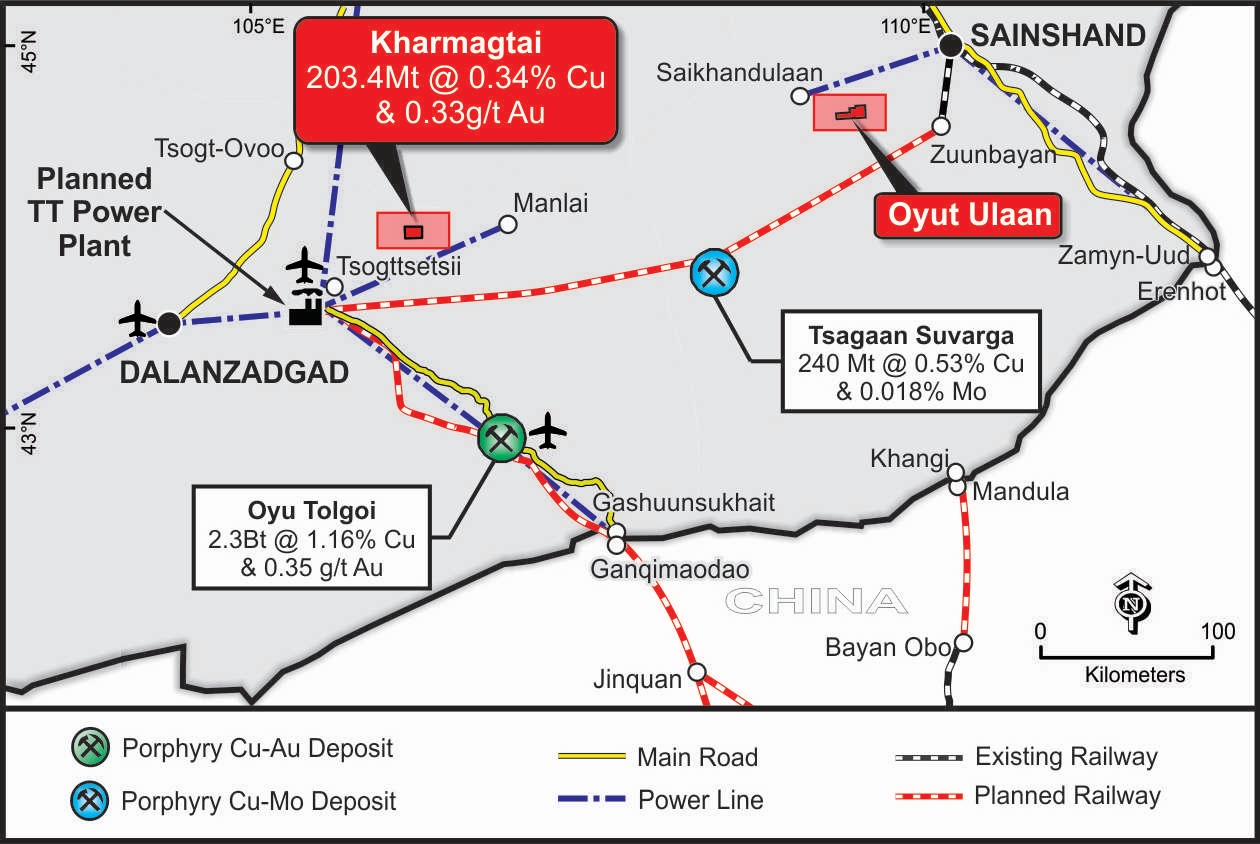 Xanadu Mines (ASX:XAM) has confirmed that three of its 19 copper-gold and gold targets are new large-scale porphyry prospects within its flagship Kharmagtai project in Mongolia.

Exploration drilling that is currently still in progress has revealed that at least one shallow drill hole in each of the three targets has returned broad zones of porphyry alteration and mineralisation.

“We plan to test all 19 high-potential copper-gold and gold targets generated during a recently completed bedrock drilling program.”

The Kharmagtai copper-gold deposits are concentrated along a series of small intrusions coming off the top of the main intrusion on the top of a much larger body at depth.

Shallow drilling in the second half of 2016 generated 19 high-potential copper-gold and gold targets, which are currently being tested by the drilling program underway.

The newly identified porphyry targets are Target 3, Target 4 and Target 6.

Target 4 is a 800×750 metre circular porphyry target where several broad intercepts have been recorded including three over 80 metres including 91 metres at 0.22% copper and 0.26 g/t gold from 30 metres.

Work is underway at these porphyry targets to vector towards the higher grade core of the system.

Drilling continues and the remaining targets will be tested over the coming months before all targets are assessed to focus the drill rigs on the highest grade and largest systems.

To date, less than half of the system’s footprint and only six of the 19 targets have been tested.

Following on from earlier success

The identification of the porphyry targets follows on from recent high-grade copper-gold intercepts at the Stockwork Hill deposit within the Kharmagtai Project.