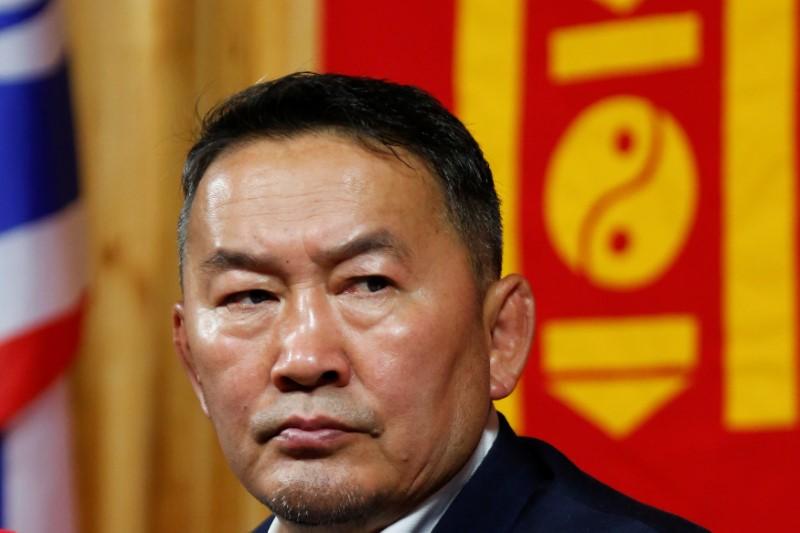 Mongolia’s newly-elected President Khaltmaa Battulga won office in July on the back of a campaign laced with anti-China rhetoric. Nonetheless, on September 28, Battulga sent a congratulatory message to Chinese President Xi Jinping, marking the 68th anniversary of the founding of the People’s Republic of China.

On September 29, Chinese foreign ministry spokesperson Lu Kang expressed gratitude to Battulga. According to Lu, Battulga said that mutually cooperation fully serves the interests of the two peoples; Mongolia is willing to move forward the China-Mongolia comprehensive strategic partnership based on the principle of respecting each other’s core interests. Battulga also expressed appreciation for China’s assistance and concessional loans to Mongolia. The Mongolian president’s website doesn’t mention the message.

Mongolia depends overwhelmingly on China: almost 90 percent of Mongolia’s exports go to China, and one-third of its imports come from China. In addition, failing to pay debt on time, Mongolia in February asked China to extend a 15 billion yuan ($2.2 billion) currency swap agreement.

Battulga ran his populist presidential campaign by stoking anti-China sentiment among the Mongolian public. As The Diplomat reported, during the campaign, Battulga repeatedly mentioned “threats” from the east, meaning China. In addition, he played the ethnic card, implying that his rival was not a true son of Mongolia, but instead had mixed Mongolian and Chinese heritage. Battulga also said in a 2014 television interview: “The resources will finish in 40 to 50 years and there will definitely be conflict between the Mongolians and the Chinese.”

Numerous observers of Mongolian politics expressed concerns about China-Mongolia relations after Battulga won the election, fearing that Mongolia would significantly reduce its dependency on China and shift its focus to either Russia, it’s only other physical neighbor, or other countries such as India.

Regardless of Battulga’s previous rhetoric, China has maintained an even tone on the relationship. Lu, in the recent press briefing, referred to China and Mongolia as “friendly neighbors” and said, “China stands ready to… promote the sound and steady growth of the China-Mongolia comprehensive strategic partnership based on the series of political consensus reached by the two sides.”