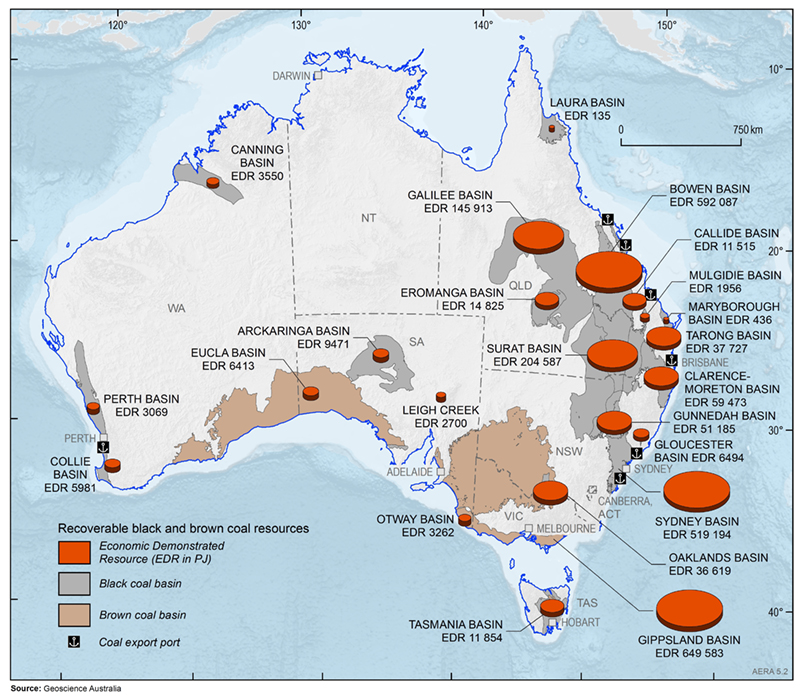 The latest trade data from the Australian Bureau of Statistics shows that coal exports in 2017 were valued at AUS$56.5 billion, 35% higher than in 2016. This is the highest ever annual value of coal exports – the previous record was AUS$46.7 billion in 2011.

Coal was Australia’s second largest export in 2017, with iron ore at AUS$63.3 billion in the same period. Historically coal has been Australia’s biggest export earner and these trade numbers confirm its ongoing strength and significant contribution to the economy.

Coal exports are from both NSW and Queensland and comprise thermal coal for power generation and metallurgical coal for steel making.

Overwhelmingly the destination of coal exports continues to be Asia, spanning from established north Asian markets to the fast growing economies of Southeast Asia and India.

Southeast Asia is emerging as a significant new market for Australian coal due to its recent investments in high efficiency, low emission (HELE) coal-fired power plants that significantly reduce greenhouse gas emissions. Exports to this market were worth approximately AUS$2 billion in 2017.

In addition to export revenue coal continues to make a significant contribution to the Australian economy, including providing 75% of generation in the National Electricity Market, over 51 000 direct jobs and AUS$5 billion in royalties annually.